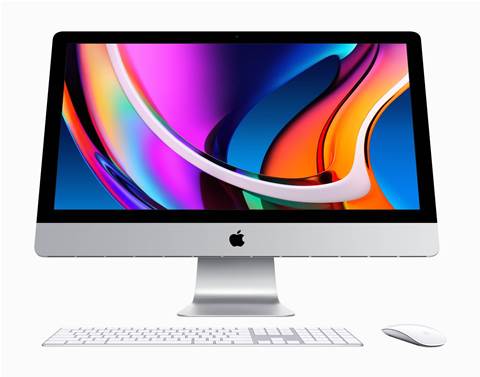 Apple reported its highest quarterly Mac revenue by far as remote work and learning continued to be widespread, helping compensate for the lack of new iPhone models during the quarter.

The company’s iPad business also surged during the fourth quarter of Apple’s fiscal 2020, ended Sept. 26—and CEO Tim Cook said he’s “bullish” on continued Mac and iPad growth going forward. The shift to remote work and learning “is not something that’s going to snap back to the way it used to be anytime soon,” Cook said during a quarterly call with analysts on Thursday.

Overall, Apple’s fiscal Q4 ended up setting a record for quarterly revenue at US$64.7 billion, up 1 percent year over year. That was even without any revenue from the new iPhone lineup, which launched several weeks later this year than it did last year.

Apple made up for the lower iPhone revenue with strong growth in all of its other businesses, thanks in part to an aggressive pace of new device launches in 2020, Cook said. That included the debut of new iPad and iPad Air models in September, and a series of new Mac launches throughout the year, including the release of updated MacBook Pro and MacBook Air models.

“We continue to be bullish on what Mac and iPad can do,” Cook said. “I think the moves that have taken place to remote learning and remote work are not going to go back to normal. Normal becomes something different. Because I think people are learning that there are aspects of this that work well. And so I don’t believe that we’re going to go back to where we were. And I think that means that iPads and Macs are even more important in those environments. The growth in both of these last quarter [was] phenomenal.”

Mac revenue for the company’s fiscal Q4 jumped 29 percent to reach US$9.03 billion, compared to the same quarter a year ago. That blew past the previous Mac record of US$7.4 billion in the fourth quarter of 2018.

“The September quarter was the all-time high for Mac in the history of the company, and not by a little bit--by US$1.6 billion. And so it was a substantial difference,” Cook said.

Cook said the Mac sales were buoyed by at least one other factor besides remote work and learning, which was an “aggressive promotion” for college students returning to school. In discussing the Mac results, Apple CFO Luca Maestri cited “amazing customer response to the new MacBook Air and MacBook Pro, and very strong demand during the back to school season.”

Apple’s expanded focus on Mac in recent years—following an earlier period in which the company had moved away from regular Mac updates—appears to be paying off.

“The Mac market has been growing every year, I think due to the generational change happening and the extremely strong iOS foothold in the U.S.,” said Marco Nielsen, principal for enterprise mobility solutions at Chicago-based solution provider Barcodes Inc. “I don’t see this slowing anytime soon.”

Revenue for iPad surged 46 percent to US$6.8 billion during the quarter, year over year. And though iPhone revenue plunged 21 percent to US$26.44 billion, Apple executives said the results actually surpassed their expectations for the quarter. It’s assumed that many buyers held off on new iPhone purchases ahead of the launch of the first 5G-enabled iPhones, with the launch of the iPhone 12 lineup earlier this month.

Apple’s Services business also posted a record quarter with revenue of US$14.55 billion, up 16 percent from the same period a year earlier.

The company’s Wearables, Home and Accessories category--including products such as AirPods and the Apple Watch--rose 21 percent to reach US$7.88 billion in revenue.

Executives did not provide financial guidance for upcoming quarters, though Maestri said that “we’re off to a great start” with orders of the two iPhone 12 models that have become available so far—the iPhone 12 and iPhone 12 Pro.

Meanwhile, Cook also cryptically said that “without giving away too much, I can tell you that this year has a few more exciting things in store”—potentially referring to Apple’s launch of the first Macs with its own “Apple Silicon” processors.

The launch of Macs featuring the Arm-based Apple Silicon processors could continue to increase the momentum around Mac, Nielsen said.

“Combined with Apple also acquiring part of the Intel 5G communications division, they have, for the first time, complete control of a product roadmap--from the chipset and higher,” he said.