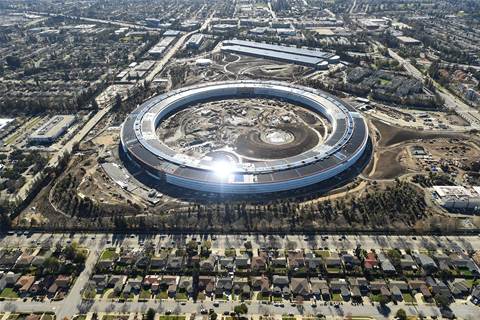 Although the first wave of employees will begin moving into the new Cupertino, California, headquarters in the US Spring, it will take about six months for all of the 12,000-plus workers to make the transition, Apple said. Construction will run through the summer.

Apple also said the 1000-seat theatre at its futuristic headquarters will be named for its late co-founder, Steve Jobs, who helped design the 175-acre campus before his death in 2011.

“Steve invested so much of his energy creating and supporting vital, creative environments," Jony Ive, Apple’s chief design officer, said in a statement. "We have approached the design, engineering and making of our new campus with the same enthusiasm and design principles that characterise our products."

Apple has brought great attention to every aspect of the campus, including a 2.8 million-square-foot main building, scrutinising even hidden features such as pipes and electrical wiring, Reuters reported earlier this month.