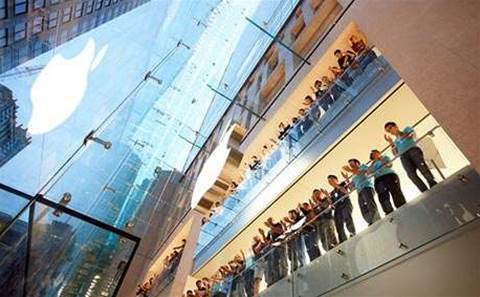 Apple's new store is scheduled to open at 10am on Friday 17 January, according to Apple, will be located in the historic MacArthur Chambers building.

It will be Apple's 21st store in Australia and just the first street-front store in Queensland. Apple also has two stores in shopping centres in Brisbane and another on the Gold Coast.

The Brisbane outlet will be its third street-front store in Australia, after the flagship George St store in Sydney and its Perth City outlet.

The vendor gave an exclusive interview to News Limited's Courier Mail, in which Steve Cano, Apple's vice-president worldwide stores, said: "Queen Street is the city's retail heart, so we fully expect the store to become one of the busiest in the country."

Cano told the Courier Mail that the Brisbane store would feature the Apple Genius Bar and the full range of Apple products, as well as personalised services and workshops featuring local artists, musicians and filmmakers.

The opening will almost certainly have a negative impact on Apple resellers in the Queensland capital, especially those located around the CBD and the busy Queen St Mall.

Next Byte, owned by publicly listed Vita Group, has previously been hurt when Apple Stores opened in the near vicinity.

When Apple opened its new store in Broadway, Sydney, it sounded the death knell for Next Byte's nearby outlet.

Next Byte chief executive Andrew Leyden said he expected Apple's new Brisbane flagship to have a "material impact" on the reseller.

"We try not to operate in locations where Apple have flagship stores. We have had experience before with Apple stores opening up close to us, for example in Sydney, it does have a material impact on our business. Our strategy is to work with Apple to work at regional locations."

Leyden said the Brisbane opening was not a surprise. "We would expect [Apple] to want a prominent position in all major cities."

Next Byte has previously outlined its strategy to remodel its retail outlets to more closely model Apple Stores, while also targetting regional locations that don't compete head-on with Apple.

Eliminating departmental friction within MSPs
By Steven Kiernan
Jan 15 2014
10:52AM