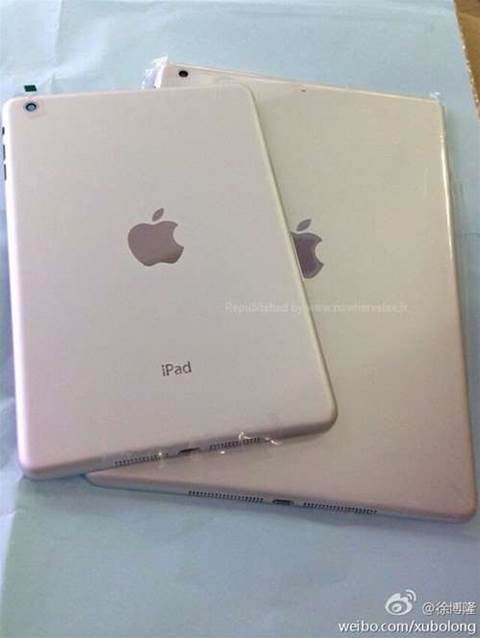 The iPad is overdue for a refresh, and it looks like the next-generation version of Apple's tablet will borrow some design cues from the iPad Mini.

That's if these leaked photos from Chinese social site Weibo are anything to go by; republished by French site Nowhereelse.fr, they purport to show the rear casing of a new iPad alongside an iPad Mini.

The larger iPad 5 case looks very much like its smaller sibling, ditching the tapered edges in favour of a more squared-off design, and adding an iPad Mini-style speaker grille by the iPad's Lightning port.

The details seem to match up with earlier leaks showing off the new iPad's rear panel and display panel – which shows off a smaller bezel reminiscent of the iPad Mini. Also of interest is the iPad Mini case pictured – it's unclear whether it's a current-gen version or a refreshed model.

Although a release date for the new iPad has yet to be confirmed, Apple's reportedly planning an event on September 10th. We're expecting the iPad to appear at the event alongside the rumoured iPhone 5S and budget iPhone 5C – check back for all the latest news.

Grow your software revenue by selling these 5 affordable, essential tools for the modern workplace
By Stephen Graves
Aug 20 2013
12:21PM