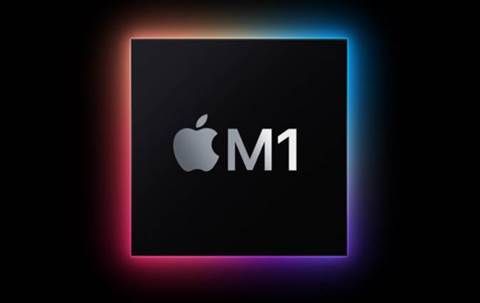 Apple’s first generation of in-house Mac chips already appear to offer performance gains over many competing chips--but the next generation could leave the competition in the dust.

That’s according to a report from Bloomberg, which says Apple is preparing to debut the next series of its custom-designed processors in Macs as soon as spring 2021—with performance that could “significantly outpace” the speeds of even the fastest Intel-based PCs.

Apple’s Mac held 7.7 percent of the global PC market as of the third quarter of the year—essentially flat from the year before—with a 14.5-percent market share in the U.S., research firm Gartner reported.

The company could launch MacBook Pro and iMac models in 2021 featuring Apple-designed chips with up to 16 high-performance cores and four efficiency cores—while chips slated for 2022 might include up to 32 high-performance cores, according to Bloomberg. Current Intel-based MacBook laptops max out at eight cores.

In a statement provided to CRN US Monday, Intel said it was “focused on delivering the most advanced PC experiences and a wide range of technology choices that redefine computing.”

“We believe Intel-powered PCs—like those based on 11th Gen Intel Core mobile processors—provide global customers the best experience in the areas they value most, as well as the most open platform for developers, both today and into the future,” the company said.

While the M1-based Macs announced so far appear to offer strong performance, based on initial testing and reviews, Apple has not yet brought its own silicon to its higher-end machines. The first Macs to get the M1 are the MacBook Air, the entry-level 13-inch MacBook Pro and the Mac Mini.

Along with higher-end MacBook Pros and the iMac in 2021, Apple may also bring its custom chips to its highest-performance Mac--the Mac Pro desktop--in 2022, Bloomberg reported.

Apple may be developing new graphics chips with a major increase in core counts, as well, the report said.

Zigmont said that Apple’s chip efforts are “incredibly encouraging” because they could lead to a substantial increase in Mac business over time. It may take a while for word to get out, he noted—but he’s already advising clients that are considering Intel-based Macs to wait for the Macs with Apple’s next generation of custom chips.

“I couldn’t advise anyone in good conscience to buy an Intel machine,” he said. “The M1 is already a game changer, but it’s just the beginning.”

Apple has also touted significant battery life gains from using its custom-designed processors. The Apple chips are based on technology from chip designer Arm, which is being acquired by graphics chip specialist Nvidia.

The transition to Apple chips in the Mac is expected to take two years to complete, according to the company.

The launch of the M1 also comes amid already strong momentum for the Mac, with Apple reporting record revenue for its Mac business in its latest quarter.

Eliminating departmental friction within MSPs
By Kyle Alspach
Dec 9 2020
6:05AM