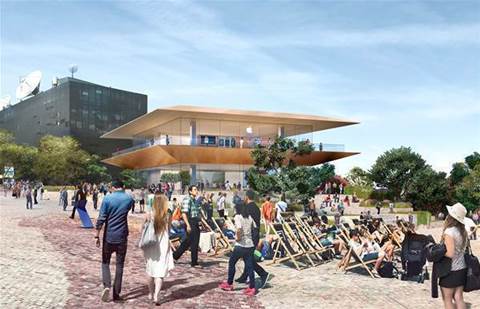 The controversial plan to open an Apple store in Melbourne's Federation Square is facing opposition from Victoria's Greens party.

Greens MP Ellen Sandell yesterday introduced a disallowance motion into parliament to ditch the Labor government's plan to knock down part of Federation Square to make way for the new global flagship store.

We have just moved a motion to revoke the planning approval for the Apple megastore at Fed Square. The Labor Govt must now go back to drawing board and consult the community on alternate location for Apple, or Parliament can block their bad plan in two weeks time. #springst

"This store will dominate Fed Square, take over public space, and change the face of one of the most iconic public places in Melbourne," Sandell wrote in a petition to constituents.

"What's more, this decision was rammed through with no public consultation at all."

The state parliament is expected to vote on approval for the store next week.

The Greens have also put up opposition at the local level, with councillor Rohan Leppert forwarding his own motion. He welcomed the construction of a global flagship Apple store in Melbourne, but expressed "serious concerns" that the government had not yet sought public consultation.

He also asked the city council in January to change the store's "pavilion" or "temple-like" design, labelling it "out-of-context" and "poorly integrated" with existing architecture at Federation Square.

Apple unveiled its plan for the store late last year, saying the design would complement the original vision for the precinct and provide "a daily program of activity to inspire and educate the community”.

Grabbing the hybrid cloud opportunity with Lenovo and Azure Services
By Brendon Foye
Feb 8 2018
11:39AM