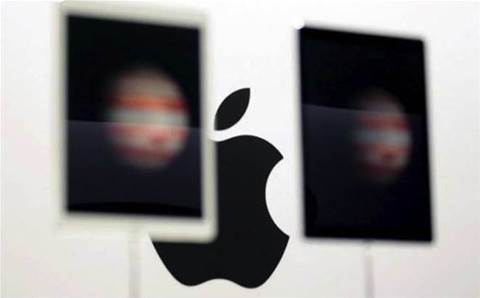 Investors continued doing damage to Apple's stock price on Monday, following the company's controversial move to end the disclosure of unit sales data for its iPhone, iPad and Mac businesses.

Wall Street analysts say that while Apple's subpar guidance for the coming quarter is one factor, the company's announcement last week of the change in unit sales disclosure has been especially rattling to investors.

Apple shares were trading just above US$200 as of mid-day on Monday, down 3.6 percent from the close on Friday, when Apple’s stock price also fell.

"While the company's FY4Q/September quarter and December guidance were nothing to write home about relative to high whisper expectations, roughly 80-90 percent of our conversations with investors over the last few days have centered around the 'silver bullet' disclosure issue with units and what it means for Apple's stock going forward," wrote Daniel Ives, managing director for equity research at Wedbush Securities, in a note to investors on Monday.

"The main questions are why do this now and is Cupertino hiding something (e.g., decelerating iPhone unit sales)?" Ives wrote. "To this point, we continue to believe despite extremely poor communication and what should have been a much more phased approach toward taking away long standing unit metrics the Street has relied upon, that Cook & Co. decided now was the time to rip off the Band Aid and stop giving these quarterly numbers heading into another major iPhone product cycle."

During a quarterly call with analysts Thursday, Apple executives said that the company will stop providing unit sales data for its three major hardware businesses as of the current quarter, which is Apple's first quarter of fiscal 2019.

"A unit of sale is less relevant for us today than it was in the past, given the breadth of our portfolio and the wider sales price dispersion within any given product line," Apple CFO Luca Maestri said during the call Thursday, explaining the change.

The end of reporting on unit sales comes as Apple has been seeing little growth in units in its iPhone business. In its fourth fiscal quarter, ended 29 September, Apple sold 46.9 million iPhone units. That represented a less than 1 percent increase from the same period a year earlier, when 46.7 million iPhone units were sold.

However, revenue for iPhone jumped 28.9 percent during the fourth fiscal quarter, reaching US$37.19 billion. That increase came thanks to higher-priced devices in the lineup such as the iPhone XS and iPhone XS Max.

Ives wrote that he sees the end of unit sales disclosure as "another major step forward in getting the Street to value and look at Apple as a services driven company for the next decade [plus] built on the heels of its iconic iPhone product success."