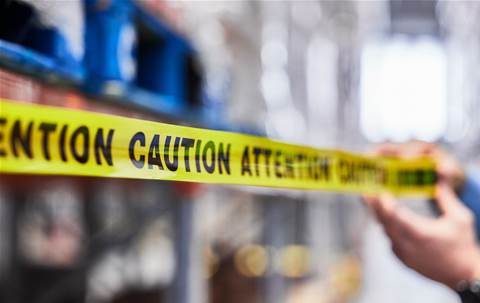 A new report says half of Apple’s 200 top suppliers in China are based in the COVID-19-ravaged region in and around Shanghai, where government-enforced traffic restrictions and lockdowns have crippled factories for weeks. And many other PC makers will likely be impacted as well, compounding supply chain woes that have already caused many months of backlogs.

Nikkei Asia is reporting that more than 70 companies on Apple’s list own manufacturing plants in Jiangsu Province, the majority of which are in Kunshan and Suzhou, two cities near Shanghai. Another 30 suppliers are within Shanghai, the epicenter of the most recent COVID-19 surge.

The impacted companies on Apple’s supplier list include AAC Technologies, Panasonic, Japan Display, Pegatron, Quanta Computers, Compal Electronics, Unimicron, Nan Ya Printed Circuit, Auras Technology and many more. China is officially committed to a “zero-COVID” policy, and Nikkei Asia reports many suppliers with production facilities in the region are worried it will take months for normal operations to resume.

But it’s not just Apple taking a hit.

Another company, AU Optronics, a display maker that also supplies HP, Dell and Asus, operates production sites in Kunshan and Suzhou. Chairman Paul Peng told Nikkei Asia that it will take “at least another quarter” before normal production resumes. “We think the impact is much more serious than the power outage last year as it involves a wide range of supply chain,” Peng told Nikkei. Lenovo lists many Shanghai companies on its published supplier list from 2020.

A key HP supplier told Nikkei Asia, “May and June will be crucial for many consumer electronics brand vendors. If production does not ramp up in time for goods to be shipped via ocean cargo, there is a chance they could miss the Christmas holiday sales season in Europe and the U.S. due to congestion at ports.”

The news comes just after reports showing the PC market beginning to soften after two years of booming growth (ironically, a boom set in motion by the pandemic). Supply chain issues has already caused backlogs and delay headaches for solution providers and vendors. A recent IDC report showed an overall 5.1 percent drop in PC shipments in the first quarter.

Dell’s Rahul Tikoo, senior vice president of Dell’s Client Product Group, acknowledged the lockdowns would have an impact on deliveries. “With the latest lockdowns that we’re seeing as a result of COVID in parts of China, that’s going to have some effect in terms of extended order lead times but we’re still churning out products.”

Solution providers, already weary after dealing with supply chain delays over the past two years, fear the new lockdowns will create new supply snarls for many months to come.

Apple, HP and Lenovo did not return messages seeking comment by press time.

Grow your software revenue by selling these 5 affordable, essential tools for the modern workplace
By Shane Snider
Apr 22 2022
9:21AM