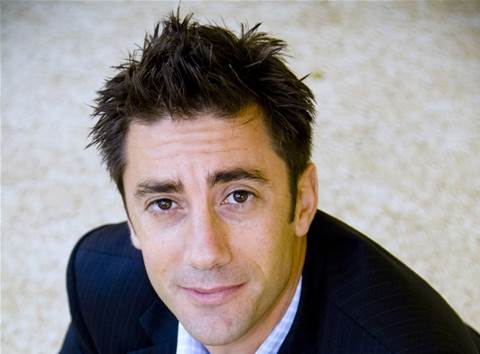 D’Amico joins as area vice president for APJ and will spearhead the company’s expansion across the region.

A spokesperson told CRN that his responsibilities will include channel sales and the company is currently in negotiations to appoint a distributor in the region.

D’Amico will be based in Sydney and report to the company’s chief revenue officer Christopher Smith. He joins the company from vArmour where he was general manager for APAC. Prior to this held positions at F5 Networks, Gigamon and Cisco Systems.

“Globally, and particularly across Asia Pacific, most organisations are in some stage of transitioning to cloud native deployments,” Aqua Security co-founder and CEO Dror Davidoff said.

“There is an emerging opportunity in the region to support the surge in cloud transformations and ensure organisations can move to the cloud safely and securely.

“Rob is a customer-centric industry veteran who can help support the growing number of enterprises migrating to the cloud. His expertise combined with Aqua’s best-in-class cloud-native security will be a game-changer for our customers.”

D’Amico said the prevalence of cloud native solutions had made them preferable for many customers over on premise applications.

“The market no longer wants a pieced together, point-solution. I joined Aqua Security because they are the only company that offers a security platform proven to scale. They meet customers where they are today and guide them through the critical path towards cloud native application security.

“The APAC market has been a significant growth engine for Aqua. I was impressed to learn of their plans for APAC and jumped at the opportunity to join.”

Grow your software revenue by selling these 5 affordable, essential tools for the modern workplace
By Staff Writers
Feb 8 2022
11:34AM