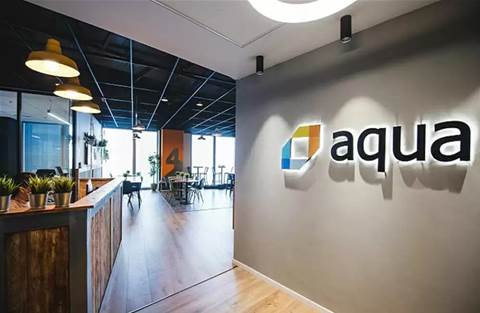 Earlier this year, Aqua Security brought in Jeannette Lee Heung as senior director of global channel and alliances to make changes to its channel strategy—and that’s precisely what she’s doing.

The cloud security vendor Tuesday unveiled a “completely revamped” partner program, with Lee Heung saying the previous program was “not benefiting” channel partners as much as it should have.

The new program, called Aqua Advantage, is offering an array of changes, such as deeper training and support services, dedicated partner managers, joint marketing development, and better sales and technical alignments, according to a company press release.

In addition, Aqua Security, which has raised US$265 million in funding since its founding seven years ago and which notched a $1 billion valuation last year, has created a completely redesigned partner portal with updated training, marketing and other materials sought by channel players, the company said. The new portal will provide information in a “faster and clearer” fashion.

Chris Zamagias, recently appointed as Aqua’s Head of Channels for Asia Pacific, said:  “I’m excited to be able to work with first-class consultancy and delivery partners to ensure long-term, ongoing success for our joint customers. We’re strategic with our partnerships and base them upon expertise and customer success history. CMD Solutions is one of the first fully Aqua certified, premier partners in our growing ecosystem.”

Lee Heung, who was recruited to the company this past winter along with other top salespeople from around the industry, were all brought on board to help the private Aqua Security get to the next revenue level.

In Lee Heung’s case, she came from rival Palo Alto Networks, where she served as head of the cybersecurity giant’s Prisma Cloud Global Ecosystem. Among her new duties at Aqua Security are to improve the company’s channel relationships.

In an interview with CRN US, Lee Heung said the new Aqua Advantage program is “more structured and built on business outcomes.”

As for Aqua Security’s previous partner program, she said it had “no structure” and wasn’t a “mature” offering for partners.

“The old system was not benefiting customers and partners the way that it could,” she said, adding it was necessary to completely overhaul the prior program and replace it with something else.

Lee Heung said she worked closely with hundreds of channel players and technology partners to create what she called an “entirely new ecosystem” that’s meant to mutually benefit everyone over the long haul.

“The company is growing and we want to do much more with the channel,” said Davidoff, whose company also has headquarters in Tel Aviv, Israel.