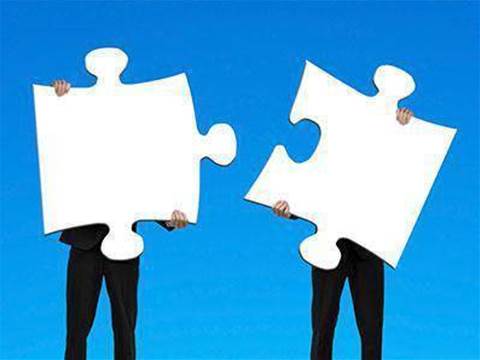 Data protection technology vendors Arcserve and StorageCraft on Wednesday in the US unveiled the signing of a definitive agreement to merge in a deal that will roll the two companies under the “Arcserve” brand and create a top-five data protection software giant.

Under the deal, terms of which were not disclosed, the new Arcserve will combine Arcserve’s global reach and enterprise and midsize business technology with the MSP and SMB-focused capabilities of StorageCraft, said Tom Signorello (pictured), CEO of Eden Prairie, Minn.-based Arcserve.

After the deal closes, Signorello will remain CEO of Arcserve, while StorageCraft President Douglas Brockett will become president of Arcserve. The StorageCraft business will initially be rebranded as “StorageCraft, an Arcserve Company.”

Signorello told CRN that the two companies strongly complement each other. For instance, he said, Arcserve is strong in the Japan, Asia Pacific, and EMEA (Europe, Middle East, and Africa) markets, while StorageCraft has a very strong North America focus.

“So [we have an] opportunity to cross-sell into each others’ regions, through each others’ partners that are different in a lot of ways,” he said. “The heavily-focused MSP business at StorageCraft [complements] our large traditional VAR and LAR (large account reseller) business. ... StorageCraft is largely focused on SMB, and Arcserve is focused on the midmarket and the enterprise space.”

Both companies have always been 100-percent channel-focused, and plan to stay that way, Signorello said.

“We’ll always be 100-percent channel-focused moving forward,” he said. “We’re both diametrically opposed to any channel conflict. You won’t see us moving into a direct sales motion. We think there are opportunities for us to really double-down with the channel and invest more in sales and marketing where both of us wouldn’t have had the ability to do that stand-alone. Coming together, you’re going to see us get very aggressive in the marketplace from a growth standpoint.”

For Signorello, the promise to stay channel-focused comes from experience. Prior to his joining Arcserve in 2017, he was CEO of Toronto-based solution provider and MSP OnX Enterprise Solutions.

While Arcserve has had a focus on the kinds of technology that have made it a major player in the solution provider and LAR markets, StorageCraft has keep its focus on managed services, he said.

“StorageCraft has really optimized our technology around our managed service provider channel and those solution providers who have a very service-oriented approach,” he said. “And that ranges from how we run our web-based portals to allow them large degrees of multi-tenancy to the way we support usage-based billing to the way we allow for flexibility of installation and license migration. All of that stuff is an important part of the product that goes beyond what you think about as the core technology, and yet it’s the thing that makes it work from a business proposition perspective to the channel partners.”

Despite the complementary nature of the two companies’ products, they acknowledge there will be a lot of work to do to bring them together under a single company, Signorello said.

“The complexity of bolting these things together through a single pane of glass and through the same channel partner is not for the faint of heart,” he said. “We believe by the broadness of the portfolio base that we’re bringing together that we’re in a great position to allow our customer base to collapse down those solutions under a single banner with world-class support that cuts across all of it under a single pane of glass.”

Signorello declined to say whether new funding was received to execute the merger between the two companies.

“We’re a private company, so we’re not going to get into the exact structure of the funding associated with it,” he said. “Just know that Marlin Equity [Partners, which in 2014 acquired Arcserve,] is still at the table, and [StorageCraft owner] TA Associates is still at the table. That’s a testament that both owners understand the value proposition here and are both committed to the success of the business moving forward.”

Arcserve has strong technology, and it will be interesting to see the impact on the company from the merger with StorageCraft, said Todd O’Bert, president and CEO of Productive, an Eden Prairie, Minn.-based solution provider and long-time Arcserve channel partner.

“I’m assuming it will be good for partners of both companies,” O’Bert told CRN. “I hope the expanded product lines will bring new opportunities for partners. And I’ll be waiting to see if the channel programs change. But filling out their product line will help everyone.”

However, O’Bert said, Productive does not expect to become an MSP overnight because of the merger.

“Our smallest customers start at about 100 users, and our sweet spot is in the 100-user to 1,000-user market,” he said. “A lot of those companies have their own IT staffs. The MSP model is fantastic for smaller companies. But our customers with 150-plus users are not usually looking at managed services as an option.”