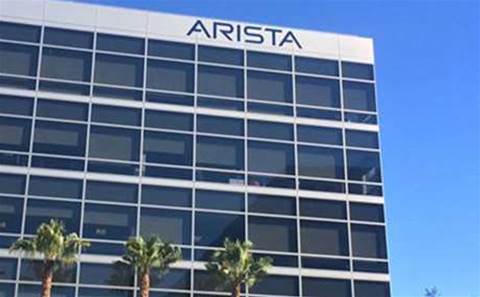 The publicly traded, Santa Clara, Calif.-based Arista disclosed the purchase Monday as part of its quarterly earnings. Arista reported earnings for the second quarter of its fiscal year. The quarter ended June 30.

The acquisition of Pluribus closed late in the second quarter, Arista CEO Jayshree Ullal said on the earnings call, according to a transcript from The Motley Fool.

“Pluribus pioneered a new class of unified cloud fabric networking endorsed by our partners, Ericsson, for telco and 5G cloud and NVIDIA for DPU-based networking,” Ullal said on the call.

Pluribus is the second acquisition Arista made during the quarter. In March, the company purchased Untangle to combine the edge threat management tools provider with Arista’s Cognitive Unified Edge (CUE) offering, according to a statement from the time.

Arista did not disclose the purchase price of the acquisitions.

Ullal called the two companies “small acquisitions” on the call and said he wanted the technology and the employees. The acquisitions will contribute about 150 more employees to Arista’s headcount.

“We have tended to make acquisitions for technology and talent,” he said. “But most of all, they got to fit our culture so that we can make them successful … Untangle and Pluribus are no different.”

He continued: “Untangle will be tackling the commercial and distributed enterprise market, bringing us very low-end security and edge threat management that we can bring in with our unsecure our wired and wireless for the mid-market and the channel market. Pluribus is a great acquisition of talent and technology to bring this concept of a unified cloud fabric.”

Arista surpassed US$1 billion in revenue for the quarter, according to a statement. This was a first for the company, which was founded in 2004 and went public in 2014.

More than 10 percent of Arista’s revenue comes from Microsoft, according to a call transcript. Another 10-plus percent comes from Meta, the parent company of social media giant Facebook.

However, Ullal said the company still struggles with the global supply chain crunch.

“It has been bad in Q1,” he said. “It‘s no better in Q2, and we’re not foreseeing it much -- with much improvement in Q3. So perhaps in 2023, we‘ll get some relief. But again, to get relief, we have to have all the components come. If we’re missing one component, we can‘t build a system.”

He continued: “Our guide(ance) reflects that and our behavior in how we acquire components is reflecting that. We‘re still not getting the components. Many of the components have 70-week lead times, and therefore, we have to plan multiple quarters and years for that.”