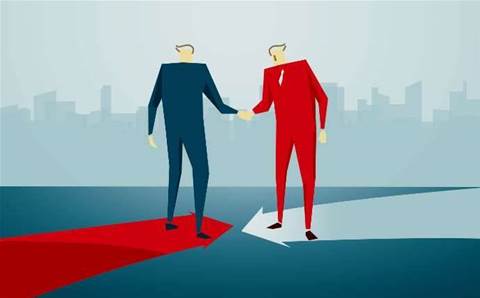 The reported deal would mark Arista's biggest acquisition to date, according to sources familiar with the deal in a report published by SDXCentral.

A spokesperson for Arista said the company had "no comment" on the reported deal. CRN reached out to Big Switch for comment on the reported acquisition but did not hear back before publication time.

Ryan Koontz, an analyst for Rosenblatt's global tech research group, said that a deal between the two companies would make sense. Big Switch is known for its Big Cloud Fabric, its next-generation data center switching fabric that offers network automation and visibility for software-defined data centers and cloud-native applications. The company is also known for its Big Monitoring Fabric, which provides hybrid cloud visibility and security.

An acquisition could help Arista compete against one of its most formidable competitors, Cisco Systems, in the multi-cloud space.

Big Switch does 100 percent of its business through the channel and the company's CEO told CRN in 2019 that Big Switch was "growing like a weed" at a clip of more than 80 percent year over year from 2015 to 2018.

Arista in 2018 snapped up cloud-managed WiFi firm Mojo Networks for an undisclosed amount.

Grabbing the hybrid cloud opportunity with Lenovo and Azure Services
By Gina Narcisi
Jan 24 2020
8:32AM