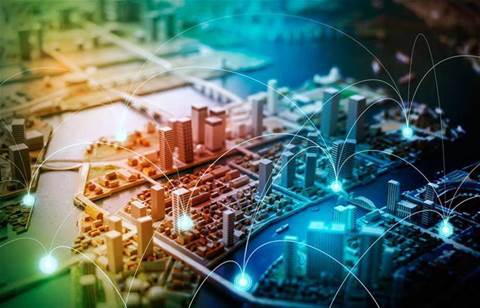 Arm said it wants to double down on its chip design business, boosted by recent wins with Apple and in the supercomputer space, by getting out of the IoT software space.

The U.K.-based chip designer announced Tuesday that it has proposed a reorganization that would involve transferring its two IoT Services Group businesses, IoT Platform and Treasure Data, to new entities under its Japanese owner, SoftBank Group. This does not include Arm's semiconductor IP for IoT chips, which received a recent refresh with the company's new Cortex-M55 and Ethos-U55 designs.

Arm said the move, if approved, would drive growth and profitability by allowing the company to "deepen its focus on its core semiconductor IP business." The company said the business transfer is expected to be completed by September, though it will first need to undergo board review, customary closing conditions and consultation with local staff representatives,

"Arm believes there are great opportunities in the symbiotic growth of data and compute," said Simon Segars, CEO of Arm, in a statement. "SoftBank’s experience in managing fast-growing, early-stage businesses would enable ISG to maximize its value in capturing the data opportunity. Arm would be in a stronger position to innovate in our core IP roadmap and provide our partners with greater support to capture the expanding opportunities for compute solutions across a range of markets."

The company said its silicon partners, which pay license fees to use Arm chip designs, have shipped more than 165 billion Arm-based chips to date, amounting to roughly 22 billion per year over the past three years, driven by computing requirements for IoT, 5G and artificial intelligence applications.

Arm's chip design business was recently boosted by Apple's announcement that it would use Arm-based processors for new Macs launching later this year. The company's semiconductor IP is also used for Fujitsu's server CPUs that power the Fugaku supercomputer, newly minted as the fastest in the world.

Arm has built its IoT Services Group businesses in part through acquisitions of IoT startups Treasure Data and Stream Technologies in 2018. The core offering is the company's Pelion IoT Platform, which includes capabilities for connectivity, device and data management. The company also provides the Mbed OS open-source, embedded operating system for IoT devices.

Once the IoT Services Group businesses are transferred to new entities under SoftBank, Arm said it would continue to collaborate with the businesses.

SoftBank acquired Arm in 2016 for $32 billion in cash. At the time, SoftBank CEO and Chairman Masayoshi Son said the deal was sought because of the company's unique foundational technology and its growth potential in the IoT market.