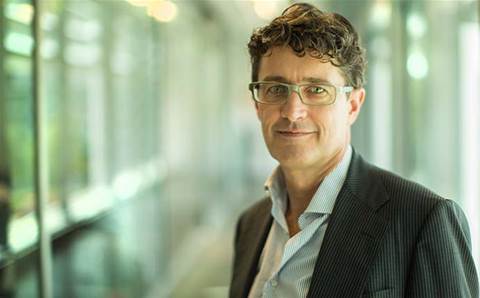 Arq Group, the company formerly known as Melbourne IT, has reported a loss in the first half of the 2018 financial year despite strong revenue growth, after posting lower-than-expected results from its SMB business.

The loss was attributed to higher depreciation and amortisation costs, which were reported as $8.5 million, compared to last year’s $3.6 million, which included corporate costs and the cost of rebranding to Arq Group.

The company said the SMB business was impacted by “a temporary loss in momentum” in its WME business, a company Arq Group acquired in 2017, and a customer cancelling services unexpectedly.

Without taking the extra costs into account, underlying EBITDA grew 12 percent to $18.6 million, up from $16.6 million last year. Reported EBITDA for the half year was $8.3 million, down 43.7 percent from the previous corresponding period's $15.1 million.

“The group’s strong underlying financial performance has been achieved alongside several significant operational milestones, including the development and launch of the new Arq Group brand and company identity, the move into new office space in Melbourne and Sydney, the signing of a new debt facility for the group, and an improvement in measured staff engagement over the same period last year,” Arq Group chief executive Martin Mercer said.

“[Enterprise services] continues to deliver strong growth, driven by strong demand for mobile, data and analytics and cloud services, and we anticipate this demand will continue.”

Its enterprise business had a strong showing with 39 percent revenue growth at $61 million for the period, compared to last year’s $43.8 million. SMB still posted growth with $51 million for the half, up from 2017’s $47 million.

“Arq Group has successfully laid the foundations for continued growth, and following a strong first half, the enterprise services business will finish comfortably ahead of our expectation for the 2018 financial year,” Mercer said.

Eliminating departmental friction within MSPs
By Nico Arboleda
Aug 23 2018
10:45AM