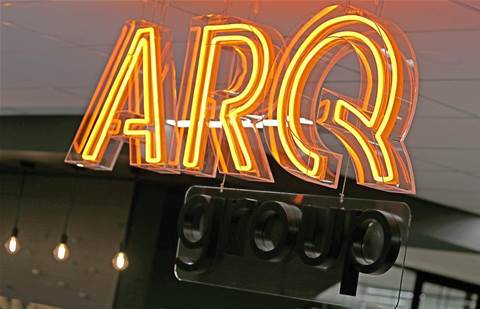 Arq Group's revenue has dived due to a slowdown in its enterprise business in a year the company described as “challenging”.

In an ASX announcement (pdf) released today, Arq Group chief executive Martin Mercer said the company has turned the corner after a challenging 12 months, with its SMB business “bouncing back,” as well as making progress in turning its enterprise division around.

The decline in revenue was mostly attributed to its enterprise segment, caused by “execution issues” in the Melbourne office and “unexpected” delays with some contract wins. It added that an “exceptional” contract signed in FY18 skewed revenues. The enterprise segment covers cloud services, mobile app development and data analytics.

The SMB business, which deals with domain name registrations and renewals, web and email hosting and more, bounced back following a “challenging” second half of FY18, due to the recovery of subscription digital revenue sales.

“Pleasingly, the core result for SMB was very strong with core underlying EBITDA up 55 percent on the same period last year,” Mercer said.

Looking ahead, Arq hopes to ride the momentum of the SMB segment and remain patient with the enterprise segment. EBITDA guidance for the full financial year is expected to be between $27 million to $30.5 million.

Grabbing the hybrid cloud opportunity with Lenovo and Azure Services
By Nico Arboleda
Aug 22 2019
11:25AM