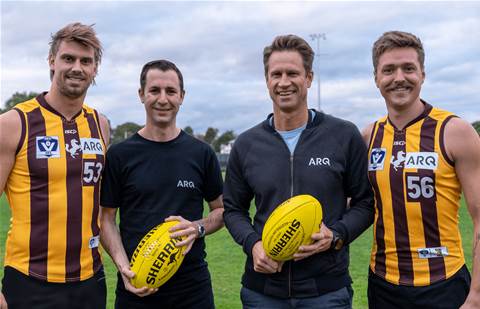 Arq Group has partnered with Hawthorn Football Club to provide elite and community players with upskilling and experience at the digital services company.

The training was in exchange for branding and an associate partner role on the club’s ‘Hawthorn in Business’ corporate networking series.

“I’m extremely excited about this partnership as we share the same ambition to develop local talent and impact locally, championing the immense talent in Australia,” Sternson said.

“As Arq strives to change the narrative around the tech skills shortage, we are proud to be able to offer skills training and career opportunities as part of our partnership, creating impact and inspiring the next generation,” Sternson added.

Hawthorn Football Club's chief commercial officer Ash Klein, commenting on the partnership said, “we are proud to share this new partnership, as we welcome Arq into the Hawthorn family. Similarly, to Hawthorn, Arq prides itself on being a real leader in its own industry.”

Arq said its TDx program launched in July last year, with the goal of reskilling more than 200 people this year.

The company said TDx had upskilled and retrained more than 50 locals from government organisations and received strong interest from Qantas and Amazon.

Arq was acquired by Singapore-headquartered Singtel subsidiary NCS Group for $290 million in March this year.