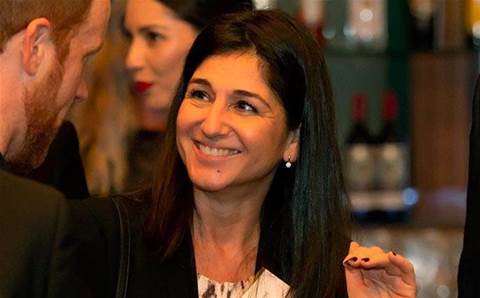 Stockwell has also revealed the news on LinkedIn, thanking her colleagues at Arrow and said she would be taking some time off.

Stockwell joined Distribution Central in 2010 and transitioned into the same role at Arrow ECS when DC was acquired in 2016. Kicking off a carer at the distribuitor as vendor development manager, Stockwell was later named marketing director in 2017. After a brief assignment with Arrow’s IoT and digital strategy, Stockwell was named vendor alliances director in 2019.

McGarry joins Arrow after working at OneAffiniti as client service director from 2017 to August 2021, working with clients like Arrow, Dicker Data, Ingram Micro, HPE, and Fujitsu.

“Hope has extensive experience in the IT industry and strong knowledge of the needs and requirements of channel partners,” Arrow general manager for enterprise computing solutions Karl Sice said.

“I look forward to working with her regarding our strong technology and value-added services offer for our channel customers in this region.”

Sice himself recently joined the distributor, taking the reigns from Arrow's former local boss Andrew Assad who left the company earlier this year.

Sice took over the role on 1 June 2021, joining from Alcatel-Lucent Enterprise where he ran the local business for the telco vendor.

Prior to OneAffiniti, McGarry also worked at HPE from 2013 to 2016 in various channel and marketing roles at its Sydney office. Other stints include Compaq, Epson Australia, IBM and Delta Gold.