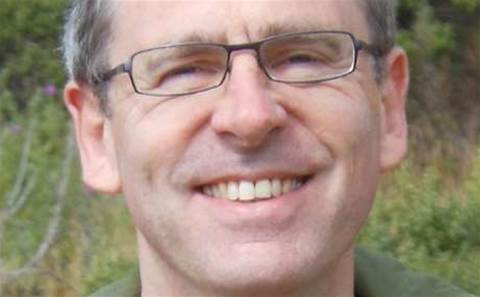 "Unfortunately for Ruckus, they're coming very late to the party," said Peter Cellarius, vice president of business development at Aruba, in an interview with CRN USA.

"Juniper now with Ruckus has decided essentially to add a vendor in line with this vision of multivendor, but we are the only ones where Juniper has spent and intends to continue to spend R&D dollars on deep technical integration."

Several Juniper partners said the Ruckus alliance proved that the company was backing away from its established partnership with Aruba. Last year, Juniper and Aruba joined forces to integrate Aruba wi-fi services with Juniper switches and routers. Hewlett-Packard has since acquired Aruba for US$3 billion.

Ruckus President and CEO Selina Lo told CRN USA that former Aruba partners have been coming to Ruckus because "they don't want to deal with HP now". Cellarius said he doubts many partners are jumping ship to Ruckus.

"It takes a lot of cost and expense to switch wireless vendors," said Cellarius. "To imagine that [partners] will voluntarily decide to move to not the second largest wireless player, but the third or fourth or whatever Ruckus is, to me seems unlikely ... it just doesn't make a lot of sense to me."

Cellarius said after the HP deal was announced, Juniper CEO Rami Rahim, Aruba CEO Dominic Orr and other top executives from both companies, including himself, met to discuss the future of the relationship.

"Rami asked our CEO, 'So can I be assured that we will continue to support this partnership?' and Dominic and all of us said, 'absolutely,'" said Cellarius. "[Juniper] may not be delighted that the HP announcement happened, but when it comes to collaborating for revenue, people are going to do what makes business sense. What I picked up in that room was the intent and desire to continue."

In April, Rahim and Orr sent out a joint letter to partners reassuring them the partnership between the companies would continue.

"The Juniper partnership will continue to be an important part of our open, interoperable future," said the letter. "Aruba and Juniper believe in this vision, and we plan to continue our interoperable product roadmap going forward."

Juniper also sent a statement to CRN USA after the Ruckus news saying its alliance with Aruba will continue.

Jim Harold, vice president of channels at Aruba, told CRN USA the company has reassured its partner community that Aruba would be kept as a separate division in HP, with Orr now running HP's networking Enterprise Group organisation.

"Initially when things were announced, a lot of partners were concerned about the future and what was going to happen," said Harold. "We reinforced to them that we're still going to run as Aruba and continue our Aruba Partner Program. So the Aruba partner program is going to continue -- it's not rolled into [HP's] PartnerOne [Program] in the short term."

Cellarius also said partners shouldn't be wary of a smaller Aruba being absorbed into the much larger HP as far as investment, innovation and culture being lost.

"When we stepped into HP, our gross margins [were] significantly above the gross margins of both HP as a company and HP switching as well. So what that means is the R&D spending that we do is against a much larger gross margin, and, therefore, there is essentially no need to push on that R&D envelope," said Cellarius.

"[HP CEO] Meg Whitman's intent and hope for us is that the Aruba rebel culture continues now in this new integrated switching and wireless division."