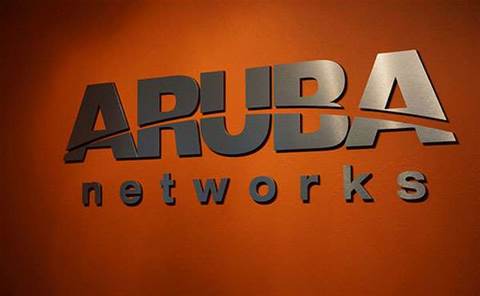 DiLullo succeeds Aruba's former global sales head Mike Kirby, who Aruba said will stay with the company in an advisory role to see out the transition.

"The board and CEO [Dominic Orr] of Aruba -- at least this is what they've told me -- they liked my channel experience," DiLullo told CRN US. "It's an area where Aruba has done some really great things over the past few years, but there's definitely an opportunity to do even more."

DiLullo said Aruba partners are especially poised for growth in 2014, as the adoption of mobile devices in the enterprise continues to soar and wireless networks become more pervasive than ever. These market trends, he said, will likely attract new solution providers to the Aruba PartnerEdge program.

"If I'm a [solution provider] right now and am making 30 percent or 40 percent or 50 percent of my annual revenue from doing things like setting phones on desks or lighting Ethernet ports, I would strongly recommend that a partner like that take a strong look at the Aruba business because I do think this is the wave of the future," DiLullo said.

Industry analysts seem to agree. IDC, for its part, predicts smartphones and tablets -- rather than PCs -- will dominate 87 percent of the worldwide smart connected device market by 2017.

For Aruba partners, DiLullo said, this means major growth opportunities around ClearPass, which provides a range of secure provisioning and management capabilities for Android, iOS and Windows devices.

DiLullo said partners also should place bets on Aruba's new 220 Series access points, which support the next-generation 802.11ac wireless standard and, according to Aruba, provide the bandwidth and speeds necessary for enterprises to wrap their arms around BYOD.

[Related: Sydney integrator wins one of the "biggest WiFi projects"]