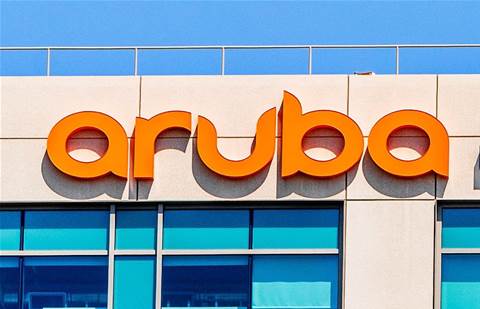 Aruba is upping the ante in the secure intelligent edge battle with the likes of Cisco and Palo Alto Networks by integrating its Silver Peak SD-WAN offering tightly with its AI based ClearPass security platform, said Aruba founder and President Keerti Melkote.

Aruba’s first priority now that it has closed its $925 million acquisition of SD-WAN superstar Silver Peak is to tightly integrate it with Aruba ClearPass with a target delivery date of “within the next six months,” said Melkote.

“The first point of integration will be ClearPass because customers are saying, ‘I need a way to secure the edge, and with ClearPass and Silver Peak they will have a solution that is better than any firewall can give you,” he said. “Because you can secure your IoT, your users, your devices, and your network. It‘s not just about network security, which is what firewalls do. It’s about securing everything at the edge. And that’s what we do. That’s fundamentally different from (Cisco) Viptela, from Palo Alto from anybody else in the marketplace.”

CRN US reached out to Cisco but had not heard back at press time.

Aruba, in fact, has received high praise from partners for its AI based ClearPass Device Insight, which uses machine learning to automatically discover and fingerprint all connected devices and IoT endpoints across any wired and Wi-Fi network, regardless of vendor.

Cloud-hosted ClearPass Device Insight gives customers a single vantage point of all endpoints connected to their network, including standard devices such as workstations or iPhones, and even more emerging internet of things devices, such as medical devices or barcode scanners.

The second priority integration point with Silver Peak will be with Aruba Central-the Aruba network management platform -with a delivery timetable of one year, said Melkote.

Key to that Aruba-Central – Silver Peak integration is a sharp focus on keeping it “simple” and making it “easy for customers” to embrace and manage the SD-WAN offering, said Melkote. He said Aruba is being careful to avoid “some sort of Frankenstein” integration that would hinder the simple unified Aruba cloud and customer first model.

“The goal is to keep it simple,” said Melkote. “It works. What customers tell me about Silver Peak versus a Viptela or anybody else is “It just works’… Silver Peak just works! We‘re going to keep it that way. And we will have the integration points between Aruba with ClearPass on one side for security and Aruba Central on the other side for the AI Ops.”