As chip sale falters, Toshiba pressured to look at plan B 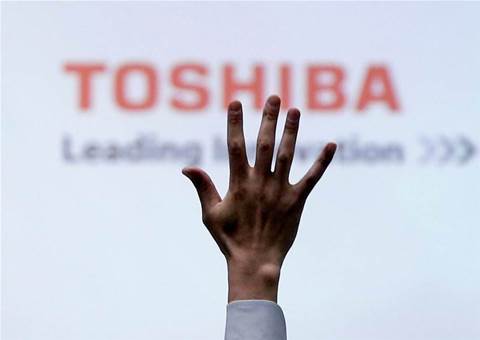 As the US$18 billion sale of Toshiba's memory chip unit to a government-approved consortium falters, some bankers and potential investors are pressing the board to seriously consider alternatives, including picking a new buyer, people with direct knowledge of the sale process said.

But the clock is ticking for Toshiba, which was still recovering from a US$1.3 billion accounting scandal in 2015 when it was hit by billions of dollars of cost overruns at its US nuclear unit Westinghouse in December.

Unless it closes a deal by March, a gaping balance-sheet hole will prompt automatic delisting of its shares from Tokyo's stock market – further battering its shareholders.

As questions emerge around the role of South Korean rival SK Hynix in the preferred bidder group, some Toshiba executives and officials at the company's main creditor banks say they want top management to look at other options.

"Toshiba hastily picked the consortium ahead of its [June 28] annual shareholders meeting, but more and more flaws are emerging as time passes," said a senior official at one of Toshiba's banks.

SK Hynix, which was initially included just to help fund the deal, is now looking to own equity in Toshiba's chips unit, according to sources, raising antitrust and national concerns in Japan. SK Hynix has not commented.

Addressing concerns that its chip technology could be handed to a foreign rival, Toshiba said previously that SK Hynix would have no equity or management influence.

Scrapping that deal would leave one obvious option: rival suitor Western Digital, which bid for the chip business with private equity firm KKR. But Western Digital, already a Toshiba joint venture partner, is in a legal dispute with the Japanese firm, and sources describe a deep distrust.

But Western Digital could have the support of government-backed Development Bank of Japan (DBJ) and Innovation Network Corp of Japan (INCJ) – both currently part of the preferred buyer consortium – the sources said. They are said to be wary of SK Hynix, and of Toshiba agreeing a sale to the group while Western Digital has sought an injunction to stop it.

"If asked, we are ready to team up with Western Digital and KKR, and we actually prefer that," said a senior official at one of the government investors.

A Toshiba spokesman said the firm is negotiating with the preferred buyer consortium to sign a definitive agreement as soon as possible.

Selling other assets seems a less likely avenue, as Toshiba has few of sufficient value, and a piecemeal process could take too long.

It sold its medical equipment business to Canon Inc for US$6 billion last year. There are plans to list Toshiba's smart meter business Landis+Gyr, but that will not plug the gap. Toshiba turned down offers from buyout group CVC and industrial conglomerate Hitachi to buy the business for almost US$2 billion earlier this year, sources have said.

Toshiba cannot raise cash by issuing shares because of restrictions imposed by the bourse after the 2015 scandal.

Deal or no deal

Toshiba has been scrambling for cash for months, since it shocked investors late last year with news of the cost overruns and delays at Westinghouse, which forced a hefty writedown and losses.

Westinghouse filed for bankruptcy in March in one of the nuclear industry's most costly collapses to date, leaving Toshiba to cover US$6 billion of liabilities it guaranteed.

Even so, investors and some creditors say they fear Toshiba may simply refuse to consider what appears to be the most obvious option.

"Some within Toshiba say they'd rather die than be [acquired by] Western Digital," said a banking official who has discussed the deal with senior Toshiba executives.

Western Digital is a recent partner for Toshiba. It bought SanDisk, Toshiba's memory chip business partner for 17 years, in May last year. A leap from joint venture partner to buyer would have to overcome significant distrust.

Last month, Western Digital sought a US court injunction to prevent a sale of Toshiba's chips arm without its consent.

"We worked with SanDisk over more than 10 years, but it's been just one year that we've worked with Western Digital executives, and we've had no good experience from it," a senior Toshiba executive said.

Two people familiar with the matter said Toshiba believes that even if the court grants the injunction, it can proceed with a chip sale agreement - so long as it holds off completion.

US chipmaker Broadcom Ltd, previously considered a major candidate with a US$20 billion offer for the Toshiba chips arm, backed off due to legal risks involving Western Digital.