As the bidding war over APDC draws to a close, we revisit NextDC and 360 Capital's bidding war 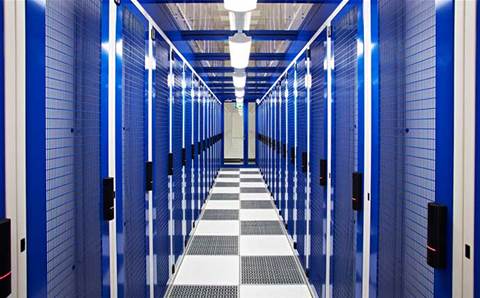 NextDC, which spun out APDC in 2013, had its application with the Australian Government Takeover Panels rejected this morning, making it seem less likely that a bidding war with 360 Capital will continue.

The company filed the application on 9 October, after APDC’s board of directors unanimously recommended the most recent offer of 360 Capital — an all-cash, off-market takeover offer of $1.95 per APDC security - over NextDC's offer of $1.87.

We take a look back at how the events unfolded and how the battle for APDC played out.

The trust was listed on the Australian Securities Exchange, and its sole assets were data centre properties occupied by NextDC: Sydney (S1), Melbourne (M1) and Perth (P1).

NextDC would sell and lease back properties that it bought for its data centres, and the proceeds were reinvested in data centre fitout and services.

NextDC initiallity owned 23 percent of APDC's shares, while another 17 percent was owned by the family of NextDC founder Bevan Slattery. Slattery then shortly left the company to start his multiple ventures.

NextDC sold off its stake in APDC shortly after listing.

On May this year, 360 Capital acquired a 19.8 percent stake in APDC, replacing NextDC as its largest shareholder.

A month later, 360 Capital proposed to replace APDC’s board with its own members in an effort to actively manage the business and start investing in the Asia-Pacific data market.

The trust’s board promptly rejected 360 Capital’s plans, and announced that it was in talks to sell the assets to a third party.

NextDC responded by spending $29 million to buy a 14.1 percent stake in the trust, and encouraged its shareholders to vote against 360 Capital’s proposal.

360 Capital fired back submitting a formal offer for all the APDC shares it didn’t already own for $1.80 each — compared to the $1.78 price NextDC paid for its share. The offer was rejected by APDC due to the caveat of replacing the board of directors.

NextDC offers to buy out APDC

Not wanting to back down from a fight, in July NextDC offered to purchase all remaining APDC shares it didn’t already own for $1.85 each, after increasing its stake to 18.6 percent.

The company outlined its plans for APDC at the time, intending to integrate the three properties back into its portfolio and de-list APDC from the ASX.

NextDC also sought to replace APDC’s board with its own and have the trust cease trading as a managed investment scheme.

APDC employees would be made redundant and staff not redeployed within NextDC would be terminated.

In August, APDC’s board unanimously recommended NextDC’s offer, after a report from BOC Corporate Finance approved the transaction.

With NextDC’s takeover looming and upping its stake in APDC to 20.77 percent, 360 Capital in September increased its own offer with an off-market bid of $1.95 per security, valuing APDC at $222 million

The initial offer was rejected by APDC’s board, as it comprised of $1.30 in cash and a $0.65 capital distribution from APDC. When the offer was revised to an all-cash offer, the board threw its support behind 360 Capital.

In an announcement on APDC’s website, the board determined that the 360 Capital offer constitutes a “superior proposal,” citing the higher price per share and having the same terms as the NextDC offer.

In possibly a last ditch effort to scrap 360 Capital's acquisition, NextDC appealed to the Australian Government Takeovers Panel to block the transaction, on the basis that the capital distribution plan was not properly disclosed, and would require approval from shareholders.

Today, the panel announced that it had rejected NextDC's application, saying 360 Capital did disclose that any capital distribution is still subject to legal obligations, and that it would only make a decision after receiving legal and financial advice.