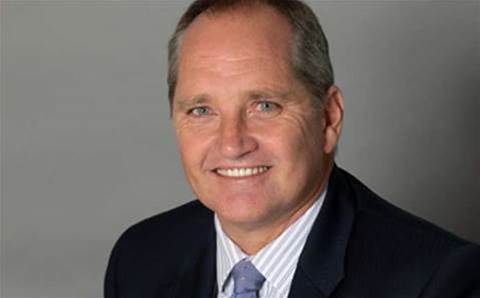 ASG has officially completed its $124 million acquisition of SMS Management & Technology, following the implementation of a court-approved agreement between the company and shareholders.

The acquisition sees the creation of a 2000-person business with an expected $500 million in annual revenue. ASG expects it will drive increase capability for large-scale projects and services.

At that scale, ASG is nipping at the heels of Australia's biggest IT solution providers. DXC Technology claims to be the country's biggest, with an expected $1.4 billion in revenue. Data#3 turned over $1.1 billion in 2017 and Dimension Data Australia turned over $1.2 billion in 2015, according to its most recently available annual report.

Practical integration between ASG and SMS will take place over the next three months, after which the combined entity will trade under a refreshed ASG brand. M&T Resources, a recruitment business and subsidiary of SMS, will continue to trade under its existing brand.

The completion of the deal sees additions and departures from the SMS board, with the company announcing the appointment of Geoff Lewis, Ian Campbell, Ayumu Ueno, Hajime Ueda, Kenji Yokoyama and Hiroyuki Kawanami as directors and the resignations of Derek Young, Bruce Thompson, Justin Milne and Nicole Birrell, effective from implementation.

According to ASG, the combined business now has the capacity to deliver a complete digital transformation service, including infrastructure, managed services, business IT consulting and solutions implementation.

ASG chief executive Geoff Lewis said the excitement within the company was “palpable”.

“We are very ambitious to do great work for clients, new and old, and we think our enhanced capabilities very effective,” he said.

“We will assertively pursue opportunities with our valued customers, bring to bear insight and commitment, and display throughout our trademark entrepreneurial flair.

“We believe we can raise the bar for our clients and, indeed, for the industry, It’s going to be quite and adventure.

Lewis added that pending the full integration it would be business as usual for SMS and ASG, and that the company was in pursuit of a pipeline of substantial opportunities.

ASG is a subsidiary of Japanese corporation Nomura Research Institute, which bought the Perth-based company in late 2016 for $350 million. NRI president and chief executive Shingo Konomoto said ASG’s acquisition of SMS would allow the company to tackle Australia’s biggest IT services opportunities.

“It is a company with a rich history and long track record of successfully servicing major customers, especially in the corporate sector,” Konomoto said.

“Combined with the ASG’s strong position in the government sector, SMS gives us a great capacity to deliver the full set of IT services that even the most complex and demanding of customers would require.

“To this outstanding local capability and customer engagement, NRI adds its financial strength and global reach. We believe it’s a compelling mix.”

ASG paid $1.80 in cash for each SMS share at the end of a battle to acquire the company that saw it face off against Melbourne company DWS. Approximately 98.5 percent of SMS shareholders present at a special shareholders meeting in early September voted in favour of the acquisition.