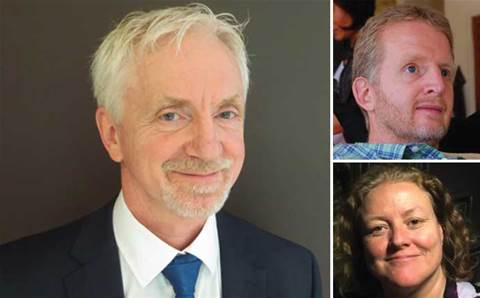 In the new vendor account roles, Bresser and Simek will be responsible for growing the company’s SAP and Oracle footprints, developing go-to-market strategies, building new alliances and growing the range of Oracle and SAP services that ASG can deliver.

“For some years our SAP has been performing solidly but we have known that it has much more potential,” he said. “ASG needed to take a conscious decision to refocus on growth.The company has a tried and tested ERP-as-a-service offering and great references deploying ERPaaS at large, complex organisations and we are looking to further grow this area.”

Prior to joining ASG, Bresser spent more than eight years with Fujitsu Australia, entering the company as a management consultant in 2009 before promotions leading to the SAP director of operations role.

Simek joins ASG with more than 30 years of experience in the IT industry, some 17 of those spent with Oracle. The company said his attributes made him the perfect fit for a national Oracle role.

“The search was exhaustive and took close to a year. Steve and Gregor’s ability to articulate a strategy that would deliver growth for the practice was the key differentiator for ASG,” he said.

“Both also have significant experience in cloud strategy which is a key focus area for ASG. The company needed leaders that could think big – ASG is targeting strong growth in it’s SAP, Oracle and enterprise analytics practices. Gregor and Steve both have pedigree in tier one organisations and can bring their experience to ASG at this significant time of growth for the organisation.”

ASG recently came out on top in a battle with DWS to acquire SMS Management and Technology, successfully outbidding the Melbourne company to acquire SMS for $124 million.

In May Perth-based ASG revealed it had put in a legally binding bid to acquire 100 percent of SMS’ shares for $1.80 each in cash.

ASG itself was taken over in December last year after receiving a $350 million takeover bid from Nomura Research Institute in September.