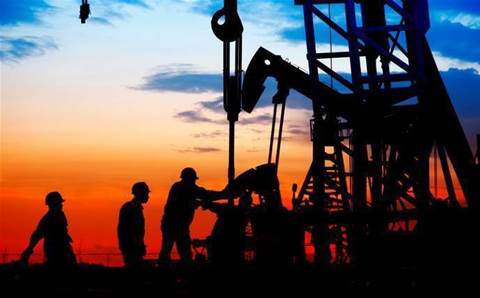 Perth-based IT services provider ASG has been tapped to migrate engineering and project services firm Clough to Amazon Web Services' cloud and develop a new platform built to scale out on a global level.

Also headquartered in Perth, Clough is a billion-dollar company with offices globally. The company offers services ranging from concept evaluation and feasibility studies to design, construction, commissioning, and long-term asset support to the energy, minerals, water, infrastructure and power markets.

As Clough faced pressure from the economic downturn, the company took the opportunity to transform its IT environment to become a leaner and more cost-effective organisation.

The company was also looking to restructure by acquiring businesses overseas such as in the US and the UK.

Clough vice president of IT Emma Whitty was tasked with implementing a new IT infrastructure that was agile enough to deploy on a global basis as new businesses were integrated into Clough.

"We needed to be able to repurpose our financial and intellectual capital on activities that were core to our business, not the management and maintenance of infrastructure,” she said.

The majority of Clough's IT was spread across data centres, while offices ran applications on traditional on-premises infrastructure.

In stepped ASG, an AWS Advanced Partner, who worked with AWS Professional Services to migrate Clough to the cloud and deploy a new IT platform.

"Besides decommissioning three data centres, we were establishing a number of secure, highly available environments that would be easily accessible to authorised personnel around the world,” Whitty said.

Clough's entire IT environment was migrated to the cloud, including key business applications such as an enterprise resource planning suite. Clough engineers also have access to a mobile platform running on AWS that supports 13 applications, some of which can be deployed to Clough's clients.

It also uses Amazon's Identity and Access Management for end-user authentication, and CloudFormation and CloudTrail for resources management and control.

Whitty said that as a result of the new platform, Clough was able to reduce its IT capital by 70 percent, operational costs by 50 percent and server costs by 33 percent.

To cut costs even further, Clough switched to a managed services agreement with ASG, which includes strategic support. Clough's new IT leadership team includes dedicated engineers from ASG that work with AWS.

Whitty said that biggest improvement wasn't just cost or performance improvements. For example, Clough's new office in Houston was able to deploy IT services to its 50 employees in less than a month. With the previous IT environment, it would have taken three months.

“While the improvement in performance is a major benefit, the most significant achievement of the migration to AWS is the change from infrastructure being something I need to worry about, to a state where I am buying compute power as I would a utility,” she said.