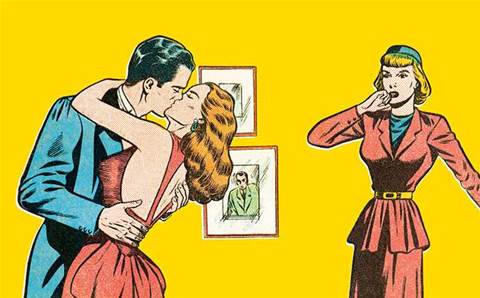 Love lives and reputations may be at risk after the release of customer data from infidelity website Ashley Madison on Tuesday, a dramatic move likely to rattle users' attitude towards the internet.

While there were some initial questions as to the data was legitimate, it was soon being widely accepted as accurate. Respected security writer Brian Krebs wrote that he had spoken to "three vouched sources" who confirmed they had found their information and the last four digits of their credit card numbers in the leaked database.

Identifying members of a marital cheating website appeared aimed at maximum damage to the individuals, causing public embarrassment and potentially hurting relationships, rather than financial gain.

"If your name's been published, you're going to live in fear. There's nothing you can do once it's been published," said Rik Turner, senior analyst of infrastructure solutions at consultancy firm Ovum.

Last month, the hackers threatened to leak nude photos, sexual fantasies, real names and credit card information for as many as 37 million customers worldwide of Ashley Madison, which uses the slogan: "Life is short. Have an affair."

Twitter was abuzz, with "hack" trending in fourth place. Most comments expressed horror that people's identities were exposed and many were astonished people had apparently used their work emails to sign up to the site.

It's not clear how many of the clients are legitimate – users don't have to verify their email when they sign up.

A British parliamentarian whose email address was included on the list said it had been stolen and used without her knowledge, adding weight to the argument that inclusion does not necessarily implicate individuals.

Still, the privacy intrusion has likely given people a jolt, making them question the data they have stored on the internet.

For Ashley Madison's parent company Avid Life Media, questions remained about whether more data will be released and how its business can go on while the US Federal Bureau of Investigation and Canadian police investigate what the company believes was an inside job.

The financial impact for clients will be less of a factor compared with previous, bigger breaches - Ashley Madison said on Wednesday current or past members' full credit card numbers were not stolen and the company has not stored members' full numbers.

Still, the personal trauma may go deep for people whose extra-marital affairs may have been exposed or even whose emails were used without their knowledge to sign up for the site.

Prominent divorce lawyer Raoul Felder said the release is the best thing to happen to his profession since the 7th Amendment, which guarantees Americans' right to a jury trial, was included in the US Bill of Rights.

"I've never had anything like this before," he said.