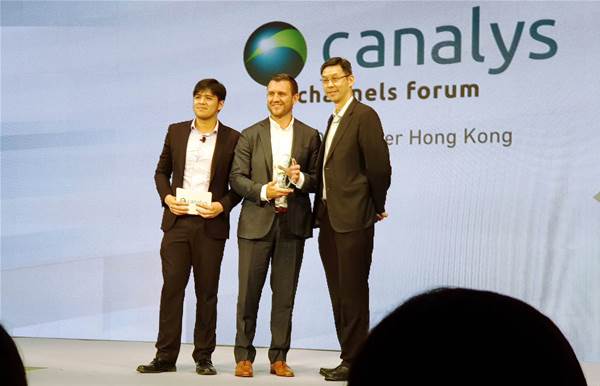 The top gong was selected by Canalys analysts and followed a number of other awards handed to partners in the APAC region, celebrating growth, innovation, cloud services and ‘impact’.

"ASI Solutions is a rising star in the Aussie channel, doubling their managed services business over the past year, and increasing their revenues and profitability," Canalys' APAC senior analyst Jordan De Leon told CRN.

"They’ve also received important recognition from the vendors they work with. They are a great example of a partner that is transforming its business in order to take advantage of the opportunities ahead."

Lowe told CRN the win followed a cracker year for the company.

"The last twelve months has seen incredible results and some extremely large new accounts for ASI Solutions. Being recognised, in the Asia-Pacific region as channel partner of the year is an incredible achievement for the team and is again testament to our growing culture focusing on customer experience," he said.

"The business has grown organically to achieve the results to date and to be recognised by an industry body such as Canalys is extremely pleasing. The growth that ASI has experienced has opened up many new opportunities for the business both within existing customers as well as expanding our presence into new industry segments and territories."

The company's managed services division grew 112 percent on the back of contract wins in tenders and an “aggressive” growth strategy within the local government, education, and corporate sectors, the reseller reported.

The reseller was also named on the Digital Transformation Agency’s hardware marketplace procurement panel, which opened in September this year after being announced in March.

In early November, ASI won a spot on Victoria’s new end-user computing panel, alongside CompNow. The two companies take over from Datacom as the panel's Apple supplier, and join returning vendor suppliers Acer, HP and Dell.

The Canalys award came during the closing session at Canalys 2018, during which the company revealed its APAC destination for next year would be Taipei.

The closing keynote for the APAC conference also saw chief executive Steve Brazier take a number of audience questions, including what kind of reseller business the CEO would launch if he were to start one tomorrow.

“If I was to start a reseller business tomorrow, as someone who’s 52 years old and therefore aging, I’d start it on security,” he said.

“We didn’t talk much about security yesterday, we mentioned the new data privacy laws but I am confident that the issues to do with protecting our data will get bigger and bigger and become a higher and higher priority for every business in the world.

“And those people that have the skills to protect that data both from a technology point of view and also from a management point of view, those businesses are going to do very very well.

“If I was 20 years old, I would go for something around artificial intelligence, there’s no doubt it’s going to transform many many industries.”

The journalist traveled to Hong Kong as a guest of Canalys.