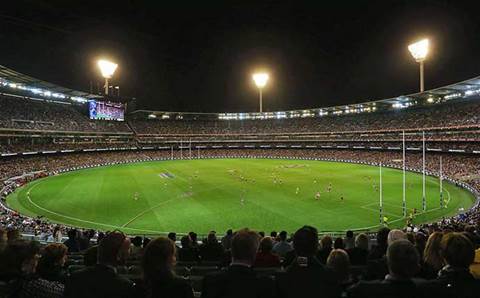 ASI Solutions has rolled out 500 Toshiba service terminals with EFTPOS machines in a major upgrade for the Melbourne Cricket Ground’s point-of-sale system.

The MCG’s legacy IBM point-of-sale system had reached end-of-life. The Melbourne Cricket Club embarked on a strict tender process and selected ASI for the refit.

ASI Solutions' executive director, Justin Lowe, told CRN that given the frequency of the MCG’s use and its dependence on functioning POS services, the rollout needed to adhere to a strict timeframe and allow for a seamless changeover between new and old systems.

"We had an extremely tight time frame, with a four-week rollout period the project could not be delayed, due to the blockbuster scheduling of events for the summer," Lowe said.

"What was critical was that we had one opportunity and we all needed to ensure that the solution deployed worked and improved efficiencies. I am happy to say the rollout was a success and we continually support the biggest sporting events in Australia."

In an ASI-produced video about the project, Greg Wiggill, MCG enterprise applications and technology support manager, said the stadium needed a reliable system that could serve thousands of patrons quickly.

“The MCG essentially becomes like a small Victorian town where we have tens of thousands of people all going to get food and drink at quarter time and half time so we really need to serve fans and patrons as quickly as possible,” he said.

“The old system had actually reached the end of its life cycle. it was an easy decision for us to make to go out to market to find the best fit for our needs.”

“There were overall 500 terminals across the ground that we needed to replace. So it was a massive exercise in logistics. ASI, to their credit, did a really great job. All the terminals are in and working really well,” Wiggill said.

The MCG can support up 100,000 visitors at a time and contains more than 95,000 seats. It is the biggest stadium in Australia and among the top ten in the world, servicing more than 2.5 million visitors a year – a statistic not lost on the ASI team.

"Given the pressure of the upcoming summer, if the organisation didn't get the rollout schedule correct there could have been huge cost to business if a service lane was down and unable to operate. When working with people and software it becomes a project management skill and we enjoyed great project management staff on both sides of the partnership," Lowe said.

"You need to remember we are not talking about a restaurant with 50 tables, this is a world-class stadium that is hosting crowds of 100,000-plus people. If terminals are down or slow, there is an impact on business."

Grab the MSP security opportunity
By Michael Jenkin
Oct 20 2017
6:43AM