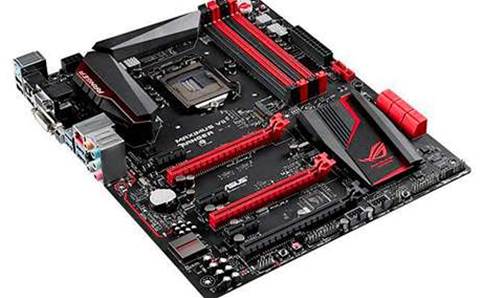 The lead up to a new chipset launch should, for PC enthusiasts like us, be a time of excitement and expectation. However, what it really is, from the journalist side of the fence, is a time of frustration and mystified arm-waving, as Intel and its motherboard partners jostle around nonsensical NDAs, release dates, and one-up-man-ship.

And the Z97 chipset launch, which is just around the corner, has been a doozy. It has in fact gotten so messy that a GIGABYTE employee has pretty much lost all patience.

“Desperate actions of a company in a marketshare tailspin,” he said on Facebook, though the comment has been removed, referring to ASUS’s apparent breaking of the Intel NDA. “Can't wait to see the usual crap they'll pull in the local regions to try to claw their way back.”

That’s a bit more direct than we’re used to seeing from GIGABYTE, especially when it comes to its number one rival, ASUS. So why so serious?

Non-disclosure agreement
When Intel launches a new chipset, it perforce needs to work closely with its motherboard partners on getting new product to market. But Intel is rather fond of controlling the process, which often leads to ludicrous requests from motherboard vendors.

In this case, that means vendors can’t talk about Z97 by name, can’t mention Intel, and are not allowed to reveal certain parts of their new motherboards. This in turn leads to truly bizarre levels of obfuscation, like blurring out the ‘9’ in Z97, or blocking out Intel logos on boxshots.

As if this weren’t something that every enthusiast and their overclocking dog already knew about.
Everyone knows this is all a little bit silly, and it’s often not that hard to ask a particular vendor if you can just get up a gallery of shots. We’ve done so before, and even currently have permission from GIGABYTE to post up its new Z97 gaming board. But one thing that’s always truly verboten when it comes to these kinds of NDAs is performance and benchmarking results. That’s all tightly controlled, and we’ve heard from more than one vendor in the past that Intel really does take its NDAs seriously, no matter how silly some of the details are.

So the fact that ASUS seems to have ignored that is raising eyebrows.

AS WCCFTech points out, ASUS has splashed un-edited pics of a range of Z97 boards all over Facebook, including shots from an event that PC & Tech Authority’s Editor Ben Mansill attended. An event at which he had to sign an NDA, promising not to disclose any information - including visual info - before the 11th of May.

On top of that, website HardOCP has released a review of ASUS’ new motherboards, complete with benchmarks. This would either have been done with ASUS’ implicit permission – which is not impossible, given ASUS’ own seemingly blasé attitude – or released early because of ASUS’ own ignoring of the NDA.

WCCFTech is no stranger to the drama that can surround leaked images and disregarded NDAs. It earned the ire of motherboard manufacturer MSI when it published un-edited photos of its upcoming Z97 range. MSI took the step of then supplying to the press pre-blurred shots of the new gear, asking that no other outlets use WCCFTech’s shots. MSI then pointed out that publication is a clear breach of MSI and Intel’s NDAs, and that such breaches could have very serious internal issues.

In other words, no one wants to mess with Intel. One of the things that hardware vendors try to hold over outlets like us is that possibility of losing access to hardware, and in theory, Intel holds the same power over the manufacturers. However, if we can make the argument (and we have many times) that an aggressive and open technology press is important to vendors, the same can be said of the importance of those vendors to Intel. It could be said to be even more important, as the only option for a hardware maker suddenly left out in the cold by Intel is to move over to AMD.

So just what is ASUS thinking?

No Damn Aid
To be honest, we’re not fans of NDAs. They do nothing for us, or for the public we’re trying to serve. What they do, is promise a single, overwhelming drop of reviews and information, meaning that every site all over the world be running the same stories at the same time. It controls the flow of information, to create hype, drown out outlying views, and generally co-opt review sites into acting as marketing tools.

However, we’re also stuck with them.

But in cases like this they really do seem to consistently do more harm than good. I can understand a company wanting to hold onto full reviews and benchmarking info, but everyone knows this is an Intel product, and everyone knows it’s called Z97.  Having to pretend that it’s still a secret is simply a source of frustration.

In this case, ASUS claims the company is not in the wrong. We spoke to our local rep, who in turn had spoken to HQ in Taiwan, and what we heard back was illuminating. “The thing is this is something that happens a lot, and we’re not even the first to break the NDA,” we were told. “MSI leaked images first, so ASUS feels that the NDA isn’t really being broken if it’s already all out there.”

ASUS has also pointed out other, Australian sites, like TeamAU, that have ignored the NDA, apparently with complete approval. This would make our signed NDA seem like a cruel joke, were it not for the fact that there’s actually no such review – just a GIGABYTE Z79 mobo preview with all the essential bits blurred out. So, who knows what's going on there.

Essentially, this is someone at ASUS saying ‘screw it’, with a heavy dose of ‘we didn’t do it first’. That was MSI, and even though MSI was very quick to step on the issue, ASUS thinks breaking NDA is fine. And now GIGABYTE’s just as frustrated, because if it plays nice and sticks with the NDA, it’s allowing a competitor to steal a march in terms of pre-release marketing.

And GIGABYTE is intending to keep playing nice. “GIGABYTE is currently the number one motherboard manufacturer in the world,” our local rep needlessly pointed out to us. “We work very closely with Intel, a very important partner of ours, and intend to follow Intel's NDA guidelines closely for any future product releases.”

It’s pure PR boilerplate, but at least it’s comment. Intel, who we also approached, was predictably tight-lipped, and wouldn’t comment on the matter in any way. Which is fair, because it is all kind of messy and dubious – but it is Intel’s NDA after all, so you'd think some comment might have been forthcoming.

I guess the one major takeaway from all this is that NDAs are essentially meaningless, unless you want to play nice. But we hear those guys also tend to finish last, apparently.