ASX cracks down on floats amid hot climate for tech IPOs 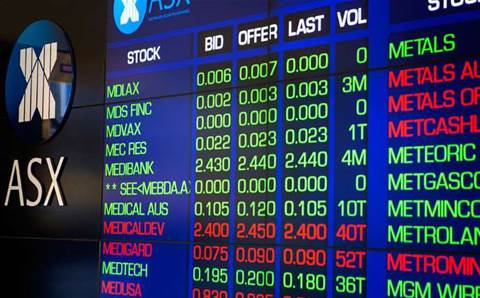 The climate for initial public offerings (IPO) in Australia continues to heat up with an average of 24.7 percent return on investment in 2016.

According to a report by IPO investment company OnMarket, investors received 39.4 percent return on from the seven companies that launched IPOs in April, followed by 9.4 percent in May.

However, the report comes amid the ASX's proposed changes to crack down on over-valued  listing of tech startups. The sharemarket operator is considering a number of changes to admission requirements to stop the number of low-revenue companies listing. Proposed changes include:

Smaller listings in the ICT channel have included Brisbane provider Over The Wire, which turned over $16.2 million in the year before it floated, and is now on track for $22 million for 2016. The company's market capitalisation is greater than $100 million.

The public listing of collapsed electronics retailer Dick Smith is currently the subject of a senate inquiry. The company was bought from Woolworths by Anchorage Capital in 2012 for just $10 million of its own money. A year later, Dick Smith floated with a market capitalisation of $520 million.

Australian tech startup leaders have also been vocal about their sceptism for premature tech floats.

The Gold Coast-based music streaming company had a valuation of $1.2 billion, despite making just $1.2 million in revenue for the 2015 financial year. Guvera also made a net loss of $81.1 million for the year.

A number of other Australian tech companies have planned IPOs for this year.

Online retailer Kogan – a 10-year-old business – confirmed its IPO this morning, aiming to raise $50 million with a market capitalisation of $168 million.

Electronics and whitegoods retailer The Good Guys said it is going ahead with an IPO despite a potential acquisition from JB Hi-Fi. Details of the IPO haven't been made public yet, but Harvey Norman founder Gerry Harvey said he was willing to pay $900 million for The Good Guys.