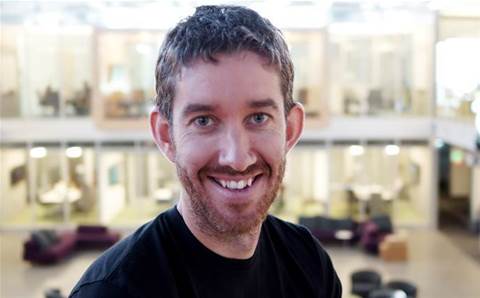 Topping the technology rankings at 17th and 18th are Atlassian founders Mike Cannon-Brookes and Scott Farquhar, each worth $2.51 billion. The rank sees Farquhar climb from 21 in last year's list, in which he was valued at $1.97 billion. Cannon-Brookes is also up from his 2016 worth of $2 billion.

2016’s richest telco couple David and Vicky Teoh of TPG slipped to third on the IT list and to number 26 in the overall rich list rankings at $1.91 billion. Last year they were worth $3.08 billion.

Richard White, chief executive of logistics and supply chain software company WiseTech, ranked at 68 with $882 million, while Chris Morris, founder of the 1978 startup-turned-financial-services-company Computershare, came in at 71 with $847 million.

South-East Asian internet search engine and e-commerce group Catcha co-founder Patrick Grove ranked at 80 with $801 million. In 2016 one of Grove's internet investment companies, iProperty, was sold to REA Group for $741 million. The group is also behind Frontier Digital Ventures and ASX-listed companies iCar Asia and Ensogo.

InfoTrack founder and majority owner Christian Beck is worth $414 million, ranking him at rank 109. InfoTrack, which provides search and workflow software for legal, banking and finance sectors, has teased an initial public offering but Beck is yet to pull the trigger.

David Greiner and Ben Richardson, founders of the email marketing company Campaign Monitor have ranked at 114, stepping up from 118 and 119 last year, with $543 million. The founders’ first business was a web consultancy company they started after meeting at university. Campaign Monitor secured a US$250 million investment in 2014 and it has more than 200 employees providing services to 186 countries.

George Kepper, principal of Mooroolbark Investments, or M-Group, makes his mark on the list at rank 124 with $538 million. M-Group invests in networking company Cohda Wireless.

Matific director and Menulog founder Leon Kamenev is worth $539 million and comes in at 127 on the rich list. Kamenev migrated to Australia in 1990 with his wife and daughter. He sold Menulog in 2015 for $855 million.

Harvey Norman competitor Bing Lee’s founder and owner Yenda Lee and family are worth $382 million, and rank 154 on the 2017 list.

Making his debut on the list is Melbourne’s Tim Kentley-Clay, whose self-driving car startup Zoox was valued at US$1.55 billion by a capital raising in November 2016. Kentley-Clay is worth $470 million, according to the list and comes in at ranking 160. Little is known about Zoox other than its intention to develop a “vehicle that will not require a steering wheel”. The company remains in stealth mode.

MYOB co-founder and Xero director and investor Craig Winker ranked at 189 with $374 million to his name. After MYOB was bought by Manhatten Software Bidco, Winkler invested $15 million of his payout in Xero. He also recently invested in online household finance management software Myprosperity.com.au.

New York real estate technology Company Compass founder Ori Allon is worth $364 million, earning him a 193 ranking. During a masters degree at the University of NSW Allon developed the beginnings of an algorithm that went on to be known as Orion, which he later sold to Google. He later sold more of his work, Julpan, to Twitter.

Swiss banking software group Temenos director George Koukis, who just scrapes into the overall rich list rankings at 199, is said to be worth $336 million. Koukis bought the company now known as Temenos in 1993 for less than $1 million. Koukis also owns Stromasys, a software engineering company founded in 1998 in Geneva.