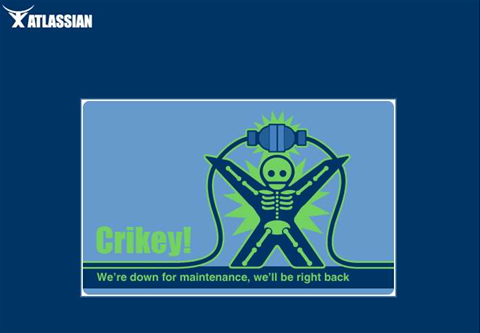 He also criticised how the controversial laws affect the inner workings of Australia's largest software company, with employees struggling to understand their obligations.

Addressing a packed Safe Encryption Australia forum held in Sydney this morning, Farquhar said concerns about “economic security” needed to be weighted against those of national security and citizen safety.

“We’ve got to recognise this law threatens jobs,” he told a room of 300 representatives from across the technology sector.

“One thing I’ve found that politicians respond to is the fact that everyone in Australia votes for people who are going to deliver jobs.

“The fact is that the jobs of the future - these high paying jobs, export dollars that we bring to Australia, largely in technology - are at risk because of the laws that have been passed.

“That is something that should be heard all around Australia.”

Farquhar has been a frontrunner in the fight for urgent changes to the law since it was passed last December.

He said that the laws had already started to harm Atlassian’s brand overseas.

“We’ve had a lot of pushback from customers internationally, who really just aren’t sure what to think about laws that apply to us,” he said.

And they’re not the only ones; the company is also facing regular questions from its 1,000-plus staff  around their obligations under the law.

The questions are similar to those faced by other organisations with coders in Australia: namely, whether law enforcement can compel one coder to backdoor or weaken the security of a product, and then prevent the coder from telling even their employer.

“They come to work and say: ‘Am I going to be compelled to work against Atlassian, work secretively? I’m not really sure, this law is really vague. What are we going to do here’,” he said.

“It's still very unclear [if] employees can be compelled to work against their employer in a way where they aren’t allowed to talk to their employer and they’re at threat of jail time if they do."

He also wants to ensure the laws only extend to the most serious crimes, echoing similar calls by NSW Police, and for this to be built into the legislation.

The Australian Federal Police, Australian Crime Commission and state and territory police forces are currently only law enforcement agencies afforded the powers, though amendments to extend the powers to anti-corruption bodies are waiting to be passed.

Farquhar indicated he wanted to prevent scope creep of the legislation's use.

“They define serious crimes as any crime that's more than three years in duration, and you’ve already seen now that it started off as terrorism, it now is applied to the anti-corruption watchdogs … so soon it could be used for traffic offences,” Farquhar said.

“What we don’t want is a government who has the ability to cast an extremely wide net. It won't start like that in the early days. It’ll accidentally pick up things that are relatively minor, and we really worry about the size and the blast radius of three years being a very, very short time."

Farquhar also said that privacy protections should be afforded to Australians in the form of a fundamental bill of rights to “counterbalance” the anti-encryption laws.

“Absent any constitutional human rights that we have in Australia, there’s no way to push back and say this is an overreach because it’s not an overreach compared to what.”