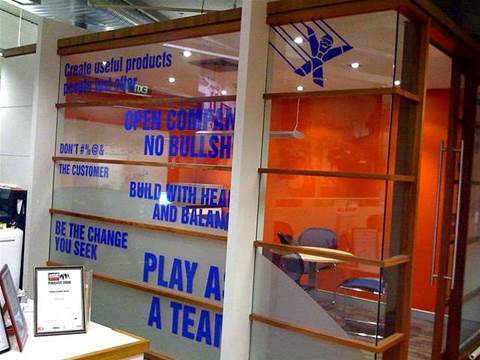 In a sign that software maker Atlassian is gearing itself for bigger things, founders, managers and investors at the Sydney company today used social networking site Twitter to advertise a job opening for an office manager.

The vacancy could be the prelude to a hiring spree that may capitalise on Google's recent misstep with its Wave collaboration platform; the two companies are a few minutes' walk from each other and often draw from the same pool of coding talent.

The role required more than reception duties. The Seek job ad made clear the successful candidate must knit together the company's three physical sites spread across a few street corners on the edge of the CBD and manage events.

The ideal candidate should be prepared to come to work with a hammer and power drill, the ad implied, because he or she "doesn't mind getting their hands dirty and wants to create an awesome space", referring to the impending renovation of the company's offices.

It had grown steadily in the past eight years to employ 225 in Australia, Silicon Valley and Europe and was set for another influx of employees as it geared up for major announcements later this year.

A year ago, Atlassian froze out recruiters by turning to social media to hire 32 developers, about half from overseas.

Rich Wong, one of the US investors, retweeted the job ad posted by Atlassian HR manager Joris Luijke and founder Mike Cannon-Brookes.