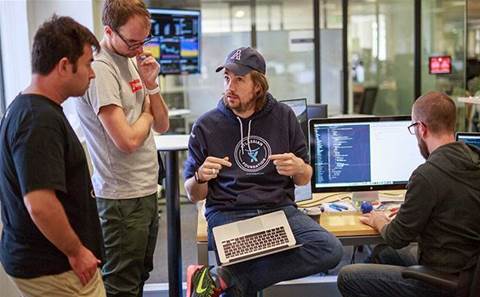 Australian enterprise software company Atlassian on Thursday became the latest firm to take aim at Slack and its highly popular workplace communications software with the launch of a new product called Stride.

“Stride stands for something a lot broader than just chat or messaging,” Cannon-Brookes said in an interview.

Stride will compete in a market that has exploded in the wake of privately held Slack's success.

Last October, Facebook released Workplace, a version of its social network designed for businesses. Alphabet's Google followed suit with new enterprise features for its Hangouts product in February while Microsoft entered the space in March with the release of Teams.

Cisco last month announced a slew of security features for Spark. Slack, meanwhile, has been busy courting developers to build apps for its software.

Atlassian has long made products that are popular among software developers, such as Jira and Confluence. But since going public in late 2015, the company has been positioning its collaboration software for professionals of all varieties.

“Communications is a market that we’re attacking more broadly than we’ve done before,” Cannon-Brookes said. “We’re being a lot more ambitious about targeting teams well outside the software space.”

Stride has been a top-priority project at Atlassian since development began a year ago, and employees have been using it for their communication since April, Cannon-Brookes said.

Atlassian will be launching the product despite the risk of Stride cannibalising HipChat, which the company has run since acquiring in 2012, and Trello, a project management product bought by Atlassian for US$425 million in January.

The similarities between the various products could cause confusion for customers, said Raul Castañon-Martinez, senior analyst with 451 Research.

“This will require Atlassian to invest in market education,” Castañon-Martinez said. “It can be confusing for customers and partners when a company’s product portfolio expands with new products that appear to be similar to existing ones.”

Grabbing the hybrid cloud opportunity with Lenovo and Azure Services
By Salvador Rodriguez
Sep 8 2017
6:20AM