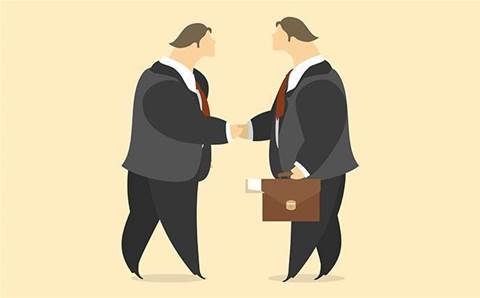 Atos has made an offer to purchase Gemalto for US$5.05 billion to create an industry bellwether around cybersecurity and digital services.

The Paris-based IT services firm submitted its acquisition offer to Amsterdam-based Gemalto on 28 November, made it public late Monday, and has given the digital security vendor until Friday to decide whether or not to accept it.

While Atos is not widely known in Australia, the company turns over nearly US$15 billion and was appointed to the WA government's high-profile GovNext panel alongside Datacom and NEC.

Gemalto said its board would carefully review the proposal with its financial and legal advisors and respond before the offer expires.

"We believe that a combination of Atos and Gemalto would result in enhanced global leadership in cybersecurity, digital technologies and services and in the strengthening of our positioning as a leading European payment services provider," Thierry Breton, Atos' chairman and CEO, said in a statement.

Atos offered to purchase Gemalto for US$54.07 per share, or a 42 percent premium on the company's Friday closing price of US$38.17 per share

If the deal goes through, the combined company would have billion-dollar businesses in payment, cybersecurity and IoT.

The joint company's largest practice would by payment services with US$2.35 billion in annual sales, where Atos' large range of offerings in verticals such as connected living, transportation and healthcare would be married with Gemalto's leadership around mobile and secured payments.

In the IoT and machine-to-machine space, the combined company would have a US$1.18 billion business that combines Atos' expertise around data analytics and artificial intelligence with Gemalto's capabilities around mobile offerings and consumer devices.

The combined company would have some US$18 billion in annual revenue, with Atos contributing US$14.46 billion and Gemalto adding US$3.53 billion.

Gemalto in July announced a revamped partner program focused on enablement tools, rewarding partners for net-new activities, and providing a variety of procurement options for partners. There are multiple ways solution providers can get rewarded for working with Gemalto as part of the new program, including managed services, influencer, OEM partnership options, and traditional resale.

The revamped program also includes a new margin structure that focuses on rewarding partners for deal registration and protection, rather than a flat margin percentage. Gemalto plans to re-level partners into four tiers – silver, gold, platinum, and global VAR – in January 2018, with the program officially taking effect in February.

Atos has made aggressive moves to get into new areas before, purchasing Xerox's IT outsourcing business for US$1.05 billion in December 2014.

Buying the US$1.5 billion, 9,800-employee entity nearly tripled the size of Atos' operations in the United States, with Atos becoming a primary IT services provider for Xerox and taking on its IT outsourcing customers.