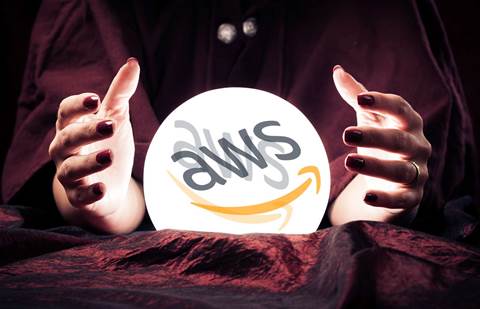 With Amazon Web Services’ Andy Jassy having replaced Jeff Bezos as the chief executive of Amazon, we were curious as to who might step up to replace Jassy as the head of the global corporation’s public cloud business.

Jassy, who joined Amazon out of Harvard Business School, started and grew AWS into a powerhouse of the public cloud industry. His ascension to become the new chief executive of the parent company was announced during the company’s fourth-quarter earnings call.

Amazon.com chief executive Jeff Bezos will step down in the company’s third financial quarter and transition to the role of executive chair at Amazon.

With Jassy leaving big shoes to fill at the top of AWS, CRN reached out to some Australian AWS partners.

James Kahn, who leads Queensland-based advanced AWS consulting partner Idea 11, reckons Amazon have a deep pool of candidates to choose from, without even looking outside the organisations

“Andy Jassy has been an amazing leader for AWS, building the largest public cloud business in the world. Being chosen to run Amazon is a testament to his success running AWS,” Khan said.

“As to who the next leader would be? I’m not sure. I expect that AWS will promote one of their existing executives to the role, rather than hire externally – they have a depth of leadership talent.”

“I believe that it is likely to become someone within his current organisation, and in particular Matt Garman who has been there since 2006 and who seems to be polling as the preferred candidate by people internally and externally,” Girgis said.

Garman joined AWS as the principal product manager and senior manager of software development for AWS’ EC2 virtual machines, in late 2009 he was named director / general manager of the Amazon EC2 service. In 2013 he was promoted to vice president of AWS Compute Services before being named Vice president of AWS sales and marketing in January 2020.

Vamsi Krishna, founder and director of Sydney’s Techforce Services also saw Garman as a potential front-runner for the role.

“Matt Garman, because he is an engineer who spent eons running the core EC2 virtual computing service of AWS and was present at the genesis of AWS in 2006,” Krishna said.

“Garman joined the S-team, Amazon’s circle of top executives, and is highly respected inside Amazon, akin to how Satya Nadella was respected internally as he took charge of Microsoft from Steve Ballmer in 2014. Garman has been silently reshaping Amazon and selecting him would imply that Amazon does not want to lose its relevance with programmers.”

Krishna also named Peter DeSantis and Charlie Bell, who are also members of the S-team at AWS, as potentials, before adding a final wildcard potential.

“It could also be possible that Adam Selipsky – who quit AWS in 2016 to manage data visualisation software maker, Tableau (which was later acquired by Salesforce for $14.8 billion in 2019) and had once performed the same role of Garman today – could be brought back to head AWS,” Krishna said.

Queensland Computers director Geoff Augutis was thinking strategically when he let us know his thoughts on a potential replacement for Jassy.

“The logical choice would be a competitor’s cloud compute division leader,” Augutis said. “Someone like Tom Keane from the Microsoft Azure landscape who not only has the appropriate experience in the world of cloud applicable to AWS but also can bring the lessons learnt from a major competitor into the solutions and strategy for the future.”

If you’re an AWS partner, let us know who you have your money on to take the reins of the world’s biggest public cloud computing company. You can email us at crneditors@crn.com.au