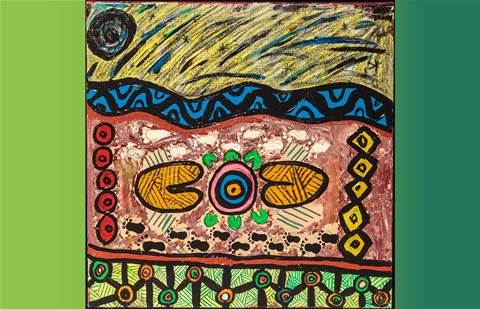 Telco Aussie Broadband has made commitments to moving toward the equity of Indigenous and Torres Strait Australians with a Reconciliation Action Plan (RAP) (pdf) that aims to lay the foundation for ongoing change.

To provide guidance on developing a RAP that can affect actual change, the company is working with GLaWAC (GunaiKurnai Land and Waters Aboriginal Corporation), Red Dust, Wirrpanda Foundation and Kurnai College, a spokesperson told CRN.

“We have also taken instruction from Latrobe City Council and The City of Casey and the Town of Victoria Park and we are working with the reconciliation advisors on each of the councils where our offices are based,” the spokesperson said.

Aussie Broadband chose to develop a Reflect RAP, which sets out the steps to prepare the organisation for reconciliation in future RAPs.

Reconciliation Australia chief executive Karen Mundine said in a statement that this Reflect RAP will enable the telco to “deepen its understanding of its sphere of influence and the contribution it can make toward progress”.

“Getting these first steps right will ensure the sustainability of future RAPs and reconciliation initiatives, and provide meaningful impact toward Australia’s reconciliation journey,” she said

Gabs Reiter, a member of Aussie Broadband’s RAP Working Group who identifies as having Aboriginal heritage, said that this RAP is “exciting” and she is “super proud that we're working towards building a more inclusive workplace here at Aussie.”

“Reconciliation at Aussie Broadband is about strengthening relationships and showing support for our local Aboriginal and Torres Strait Islander community. I'm delighted to be a part of our RAP Working Group, which meets monthly to ensure we’re working alongside our RAP commitments and looking for opportunities to promote reconciliation, such as our NAIDOC Week program.”

As a symbol of Aussie’s dedication to putting the RAP into action, the company commissioned a piece of art (pictured) from renowned Gunai artist Ronald Edwards Pepper who said the painting was inspired by the GunaiKurnai culture.

“This painting is about sharing culture on GurnaiKurnai country and how can we move forward in a positive way for our next generation,” he said.

“This is the Brataualung clan group that we’re sitting on and that’s what I painted, so that’s the people sitting down at the meeting place talking about culture, and educating people through stories, art and culture.”

“Part of the joy in building this plan has been the opportunity for us to develop closer relationships with First Nations Peoples and organisations, including those working for us and their allies, the GunaiKurnai people in our home base of Gippsland, and Reconciliation Australia,” Britt said.

The RAP is externally reviewed on a yearly basis and the company will report each action, what the company has achieved, and what outcomes these actions lead to, the spokesperson said.

A key date on the RAP is June 2022, by which time a series of actions are due to be taken including the development of a “business case for procurement from Aboriginal and Torres Strait Islander owned businesses” the RAP states.