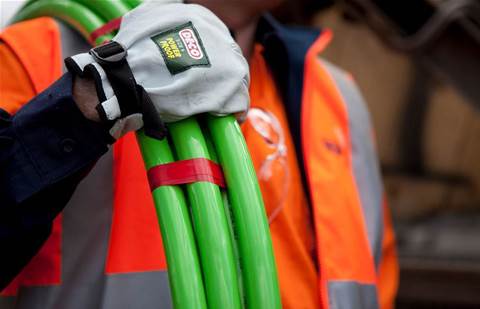 The ISP last week launched a 1000/50 NBN plan for its residential customers, sold at the price of $149 per month, CRN sister site iTnews reported.

Managing director Phillip Britt said demand for the new product was much higher than expected.

“What we have done is actually broken four records in four days. This is just incredible, and an amazing effort by each and every person working in all parts of the business,” he said.

“I’m really proud of all the team for their efforts and the way they’ve worked to support each other during what has been a pretty hectic few days. A huge thank you to everyone in Aussie. This is a family like no other and we are continuing to change the game.”

Britt added that AussieBB experienced its biggest ever day of organic sales on Friday during the new plan’s launch, and also continued over the weekend.

The 1000/50 NBN plan is available to all fibre-to-the-premises (FTTP) connections and to some parts of the HFC network. Britt said the plan is a “best-effort” service and peak evening speeds will vary based on network demand at the time.

“We think that the plan should achieve off-peak speeds of up to 80 to 90 percent, depending on the technology type,” Britt added.

Grow your software revenue by selling these 5 affordable, essential tools for the modern workplace
By Nico Arboleda
Jun 2 2020
12:49PM