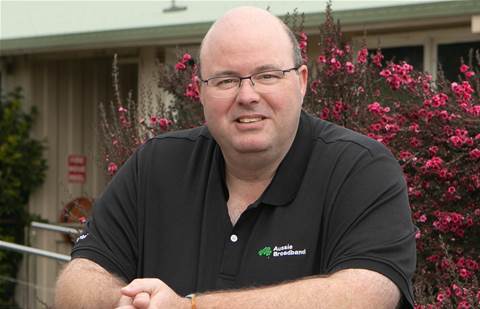 Aussie Broadband has released its results for the half-year ended 31 December 2021, posting $229.3 million in revenue, an increase of 46 percent over the same period the previous year.

The telco also posted an EBITDA of $9.1 million, a 7 percent increase, and a net profit of $1.4 million, as compared to a $10.5 million loss for the same period last year.

Aussie Broadband has also increased its customer numbers in the past year, with broadband connections up 45 percent to nearly 495,000 and mobile services up 70 percent to just over 32,000.

The company said that it now has 5.66 percent of the NBN broadband market share, not including satellite.

“It’s been another year of growth for Aussie, and I am extremely proud of the work the whole team has put in to create some great half-year results,” said managing director Phill Britt.

“The year started with a huge amount of uncertainty due to the ongoing effects of the COVID-19 pandemic, but our growth in broadband services, for both residential and business segments, remained consistently strong.

“We continued the fibre roll out with 63 sites complete at 31 December 2021; the remainder of the sites will be connected by end of FY22 when 1200km of Aussie fibre will be in the ground. A huge ‘thank you’ goes out to the entire Aussie team who continue to kick goals.”

The telco is also working toward improving its environmental, social and governance positions, working toward becoming a Certified B Corporation and developing its first Reconciliation Action Plan.

In September last year, it raised $114 million through a placement of 28.5 million shares and then in December it entered a scheme to acquire fellow telco Over the Wire for $390 million, which will be in court for approval in March.

Including the migration of services through its white label offering, the company is expecting broadband connections to increase by 85,000 to 95,000 in the second half of FY2022.

The company said it expects its full year FY22 EBITDA (before transaction costs and excluding any contribution from OTW) to be in the range of $27 million to $30 million.

Grow your software revenue by selling these 5 affordable, essential tools for the modern workplace
By Ben Moore
Feb 21 2022
12:20PM