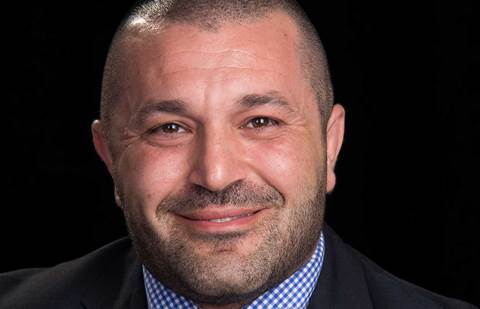 Australian IT veteran Mo Kandeel has drawn on two decades of experience in the channel and taken a leap of faith to launch his own vendor, a cable, connectivity and accessory company called Blupeak.

True to its roots, the company, announced by Kandeel this week, is going to be a 100 percent channel-focused vendor, operating in both the commercial and retail space. Blupeak has already signed up two disties in Synnex and EMPR.

Departing Fuji Xerox printers as general manager of sales when Xerox and Fuji Xerox merged in February, Kandeel found himself at a crossroads; would he pick up another channel sales gig or have a crack at an ambitious project that had been knocking around his mind for some time.

“I had strong vendor and recruiter interest but I also knew there was this opportunity that I had been exploring for a while,” Kandeel told CRN. “I could have fairly easily slotted into a new role, but I also wanted to make a career and life-changing decision. I just decided it was time.”

Kandeel has more than 20 years of experience in channel and IT sales in Australia, with a resume charting the likes of Acer, LG Electronics, Targus, Dell, Lexmark, Emerson Network Power and Fuji Xerox.

When asked, ‘Why cables?’ Kandeel said it seemed to make sense to offer products that supported a broad base the industry.

“The connectivity market segment is rapidly growing in line with the growth we are seeing around mobile/portable devices and the adaption of IoT,” he said.

“Blupeak’s broad product offering caters for all of these markets and our ability to deliver premium quality products that enhance user experience with their current hardware/devices gives us a compelling go-to-market offering. “

Kandeel said a core principal of the new company was that its products all met the minimum or exceeded Australian certification standards. He said the company would remain competitive by being quick to market with decent gear.

“Blupeak’s point of differentiation is the fact that we are smaller and nimble,” he said. “We have the ability to bring the highest quality products and technology to market in time frames that cannot be matched by large multinationals.

"We also have long standing manufacturing relationships in place that ensure extremely competitive cost of manufacturing, coupled with the fact that we have a significantly lower cost structure than the large multinationals.”

Kandeel will, in the coming months be working with his disties to sound out new reseller partners in the commercial channel, and is also on the hunt for a strong retail partnership.

The Blupeak managing director said his experience in the Aussie IT industry offered a wealth of knowledge about supplier-customer relationships, which he expected would come in handy as his venture develops.

“Having served 20 years in the channel the most important thing I have learnt is that the channel is all about integrity,” he said.

“Through this integrity you establish trust, long-standing relationships and partnerships. Blupeak is all about building a sustainable and profitable business model for our distribution, vendor, reseller and retail partners.

“Blupeak has already established an active reseller base that will now transition purchases through our authorised distributors. We will also be extensively expanding our reseller base by working closely with our distribution partners to promote the brand and product.”