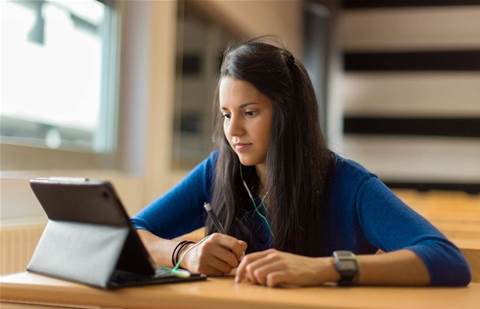 Australian cloud education software vendor ReadCloud is celebrating the completion of a $6 million capital raising and its listing on the ASX.

The company, which provides an e-learning software platform to secondary schools, has enjoyed rising user uptake in the past two years, and said its software platform was used by 50 schools and 21,800 users in 2017. It hopes to double that reach this year.

The company's said it was a priority to grow revenue by increasing channel partner sales, according to its prospectus, however, it conceded it makes nearly three times as much gross profit selling directly and hopes to raise direct sales from 12 percent of users in 2017 to 24 percent in 2018.

ReadCloud has developed the system with channel partners in mind. The entire solution, which runs on IBM's Bluemix cloud located in Australia, can be white labelled or rebranded by a reseller; ReadCloud said it has a number of channel partners that do this.

Its first channel partner was OfficeMax, which was signed on in 2015. The company markets a platform for school e-books called OfficeMax Schools.

Resellers can leverage the real-time API to onboard and manage schools without any input required by ReadCloud. The tool also integrates with learning management systems such as Canvas LMS, Moodle, Edmodo and SchoolBox.

The company’s funding round was led by investment from Patersons Securities, with a range of other institutional and retail investors including Thorney Investments contributing to a “heavily oversubscribed” capital raising. It has listed on the ASX with a market capitalisation of $16 million.

ReadCloud’s solution seeks to provides a collaborative online space where students and teachers can share notes, questions videos and weblinks directly inside online ebooks. School curriculums are accessible on the one app across multiple platforms and devices, regardless of the schools choice of publisher.

The company’s chairman Phil Collins said the strong investor support through the IPO was a testament to the quality of the platform and its team.

“I believe the strategy of further software development and additionals sales and marketing staff will position ReadCloud for further growth by targeting the 2700 secondary schools and 1.6 million full-time secondary schools students in Australia,” he said.

ReadCloud was co-founder by Lars Lindstrom, who served as the chief executive of Startup Victoria between April 2014 and January 2015 and co-founded a € 100 million (A$157 million) startup media company in Denmark that published a free daily newspaper.

“Our purpose at ReadCloud is to assist schools transition to digital curriculum whilst delivering software tools that can help make students smarter and teachers better,” Lindstrom said.

Mitigate tech risk in your business
By Michael Jenkin
Feb 8 2018
7:18AM