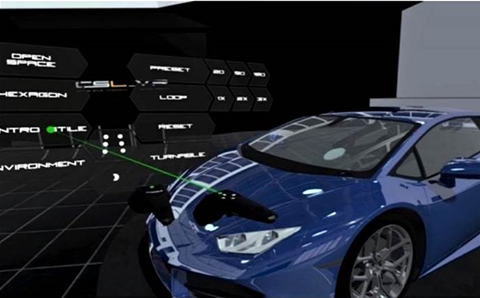 Aussie software developer ServTech has struck a deal to acquire Italian VR software house Officine 8K S.r.l, which will be renamed to Vection if the acquisition is approved.

Vection specialises in virtual reality and augmented reality solutions for blue-chip clients, having carved out a niche in developing VR showrooms for luxury brands. The company lists clients such as Lamborghini, Fendi Casa, Ferretti, Maserati, Volvo, Philip Morris and Bonfiglioli among its customer base.

ServTech didn't state the total value of the acquisition other than saying it would be funded with ServTech shares valued at $0.02 each, with an additional deferred performance bonus based on reaching EBITDA targets. ServTech's shares were trading at $0.015 at the time of writing.

The company said in a statement that it planned to integrate Vection into its existing software development operations which would count more than 40 employees in Australia, India and Europe.

"In addition to developing software for a variety of target market segments, both business units have developed software-as-a-service models which are ready to be commercialised in scale, globally leveraging the combined group's market reach."

The company added that there would be additional cost savings through the acquisition via shared resources in development and operations, marketing, administration and management.

The acquisition is still subject to approval from ServTech's shareholders.

Last week, ServTech detailed its efforts to return to positive cashflow, among them “identification and assessment of potential complimentary projects and acquisitions.”

The company also stated the board’s belief that if it could land one more sizeable, it company would be cashflow-positive.