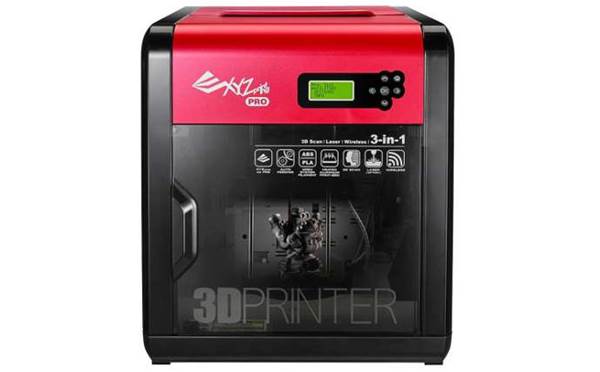 Australian distributor Multimedia Technology has launched a new 3D printer for the local channel that can utilise third-party non-proprietary filaments.

The Da Vinci 1.0 Pro 3-in-1 printer, retailing for $1,799, comes with the ability to perform high-resolution 3D scanning, optional laser engraving and connect via wi-fi, in addition to 3D printing. A budget model that doesn't have the scanner is on the market for $1,499.

Both models, from Taiwanese vendor XYZprinting, are able to use third-party consumables, allowing end customers to "print with any PLA or ABS thermoplastic filaments of their choice".

The vendor announced it is aiming for designers, architects, educators, and engineers that crave the ability to 'self-manufacture'.

"The launch of the professional da Vinci 1.0 Pro 3-in-1 reflects our commitment to the needs of more advanced customers looking for the features and functionalities to 3D-print with accuracy at a large-scale." XYZprinting chief executive Simon Shen.

The Australian market will get its first look at the new printers at the iOnTheFuture ‘2020 Vision’ teachers conference at Turramurra in northern Sydney on 20 August and in Canberra at the Big Boys Toys Expo on 20 and 21 August.

Both devices feature an aluminium print bed for "decreased chances of warpage". The extruder can also be "switched out" with the optional laser engraver, which allows engraving on different materials like wood, leather and cardboard.

Melbourne-headquartered Multimedia Technology is celebrating its 26th year in business, boasting branches in Sydney and Brisbane.

XYZprinting, established 2013, does not yet have an Australian office, but does have branches in Taiwan, China, Japan, the USA and Europe. Its parent company, the Taipei-headquartered Kinpo Group, boasts 8,500 engineers in its research and development arm.