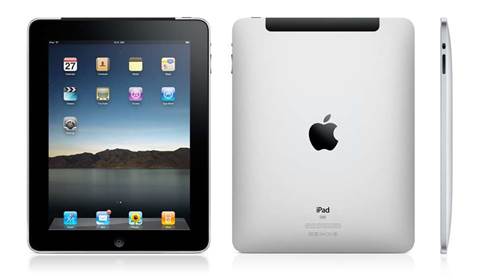 Linked gallery: The dark side of the iPad: 8 security flaws

Melbourne-based ecommerce shop 1saleaday.com.au is taking orders for the 16GB version of the Apple iPad, in direct violation of the vendor's policy.

The site, which advertises "new deals at midnight everyday", is offering the iPad 16GB for AU$799 with 12 months warranty in a sale that closes at midnight tonight.

Simon Mochkin, director of 1saleaday, told CRN that any iPads ordered today will be delivered to the customer within seven days.

"We got access to a certain amount of units," he said. "I have a wholesaler in the US and I have units on the way to me."

Apple Australia has confirmed with CRN that Australian consumers cannot pre-order the iPad from the vendor and is yet to confirm a local release date.

Furthermore, the online e-tailer's pricing is unlikely to be indicative of the official RRP for the iPad in Australia. Apple in Australia is yet to release official local pricing.

The iPad 16GB Wi-Fi version went on sale in the US over the weekend for US$499. Converted into local currency, devices are on sale for AU$538.35, but historically consumer electronics vendors have charged higher prices than a straight conversion.

Mochkin told CRN said that his buy price was higher than the U.S. retail price because Apple limits the sale quantity and access to the stock.

He said his U.S. supplier was "in the wholesale market" but was selling at a higher price than retail outlets.

"For us, it wasn't about necessarily the savings on the retail price when it comes to the iPad, it was just to give our customers a chance to grab it since it's not even released here yet," he said.

Mochkin guaranteed that the 12 month warranty on offer was an Apple warranty, but said it could only be registered with Apple after the vendor has launched the device in Australia.

CRN is yet to get a confirmation from Apple as to whether it will honour any warranties for iPads sold by the e-tailer.

The e-tailer claims to be a sister website to www.1saleaday.com in the United States.

Would you risk purchasing a product before its official release date?