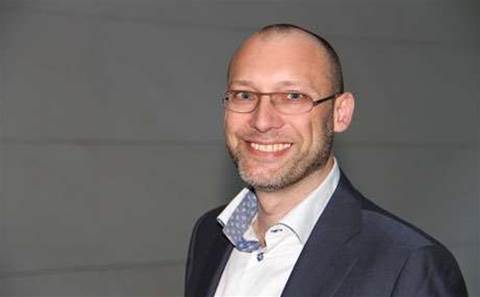 Ajilon’s GM of its Go-to-Market and Solutions Centre, Holger Kaufmann.

Australian IT provider Ajilon has revealed it has partnered with an Indian outsourcer to win two new contracts worth approximately $24 million.

The two projects are in the resources and public sector, and while the firm could not reveal details yet, the projects have begun ramping up for an official July start date.

The wins also mark a significant partnership for Ajilon, which has partnered with Indian- headquartered IT services provider ITC Infotech on the projects. Ajilon will function as the local interface with the customers, while ITC will provide back end capability.

The partnership means a big increase in manpower for the Melbourne company, said Ajilon’s GM of its Go-to-Market and Solutions Centre, Holger Kaufmann. "We've got 1,100 people in Australia, but ITC as an offshore provider brings another 6,000 people," he said.

"We are not out there to offshore Australia work to India or other place. We see this as extension of our capacity which will help us win more work against the competition… we need that additional capacity," Kaufmann said.

The Indian firm ITC InfoTech has its headquarters in Bangalore and claims the ability to deliver to more than 140 countries. The company is a subsidiary of ITC Limited.

As well as resources, the partnership adds capability in certain technology stacks not previously supported by Ajilon, such as PeopleSoft and Sebel, said Ajilon's national manager of partnerships, Carlo Calleri.

"It gives us ability to compete against many of the larger tier organisation Accenture and Deloitte," he said.

The partnership follows an "extensive review" conducted by Ajilon last year of how to approach to market, said Kaufmann.