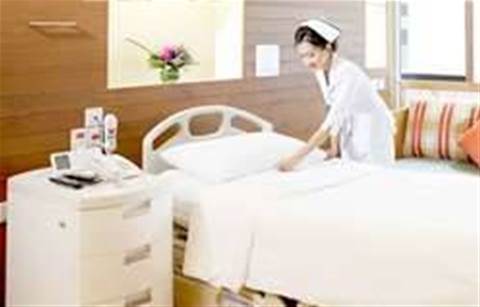 Australian-owned Austco Marketing and Services has been awarded a five year deal potentially worth $20 million to supply its NurseCall digital paging solution to one of the biggest healthcare operators in the US.

HealthSouth Corporation operates some 100 facilities mainly in the south east of the United States and has agreed  to deploy AMS’s third generation Advanced Tacera IP NurseCall Solution. AMS is the US subsidiary of ASX-listed Azure Healthcare, which seven years ago bought the assets of long running local tech company Austco Communications.

Azure chairman, Robert Grey said 11 HealthSouth facilities had been upgraded to Tacera with a further five in the pipelines. While unable to say exactly how many of the 100 facilities would likely be “renovated”, Grey estimated the cost of each at around $US220,000.

HealthSouth courted controversy while at the centre of a US-led fraud investigation in 2003 which saw the company’s director and several of his colleagues sent to jail for deliberately misrepresenting the value of the company. Grey said the group’s current management team has no links to this chapter in its history.

Azure describes Tacera as the world’s first solution of its kind with all the components fully IP-configurable and with their own unique addresses, enabling better system management and supervision.

Nurse and patient stations use SIP enabling non-blocking audio connections when integrating wired and wireless connections on site.  The solution’s touch screen console and single platform are designed to help medical staff operated in a far more organised fashion. Tacera also offers specialised reporting arming nurses and managers with important workflow and performance data which can be gathered from small targeted cells or across entire facilities.

Developed by Grey with around $5.5 million in R&D funding, the solution beat out rivals GE Healthcare, Rauland and Hill-Rom for the US deal.

It’s the second major healthcare deal secured by AMS in the US this year, having earlier won a contract with aged care specialists Pruitt Aged care which has roughly the same number of facilities as HealthSouth.

Grey said the Tacera solution has seen some success in the Australian market, having been deployed at the Fiona Stanley Hospital in WA and at Canberra Hospital. Azure works with a number of specialist healthcare partners in Australia.

However, he noted the company was frequently the victim of cultural cringe, noting that St John of God hospital recently passed the company over having stipulated it preferred to award a tender to a multinational.

Azure currently operates in over 60 countries.