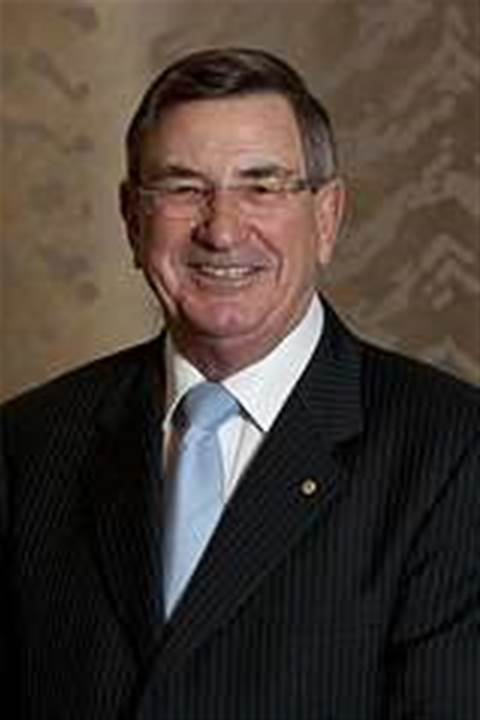 Huawei has called for the formation of a national security evaluation centre to allow Australian organisations to fully test the security credentials of networking and telecommunications equipment before deploying into sensitive environments.

The announcement was made today by Huawei Australia chairman Admiral (retired) John Lord at the National Press Club in Canberra, in response to what he described as the “elephant in the room”: the Federal Government’s decision late last year to ban Huawei from participating in the NBN on security grounds.

Lord said while the company was “disappointed”, it accepted the government’s position and was encouraged by what he saw as its willingness to support Huawei’s expansion in Australia, adding that Huawei wanted to be a part of the "broader initiatives designed to combat cyber-threats, now and into the future”.

In contrast he said the US report which concluded this month that Huawei and its Chinese rival ZTE should be avoided by consumers smacked of protectionism.

“We sincerely hope that in Australia, we do not allow sober debate on cyber security to become distorted the way it has in the US," Lord said. "If we are to find real solutions to real cyber-security problems, we cannot allow the discussion to be muddied by issues like the ongoing trade conflict between the US and China.”

He said US concerns about conceding intellectual property to Huawei run contrary to the company’s own track record in innovation.

“For too long, innovation leaders like Huawei have been labelled by outdated thinking that Chinese companies would rather steal intellectual property than produce it. The facts tell a different story.”

Huawei has for the past five years been listed in the top five companies by the World Intellectual Property Organisation, Lord noted, adding that in 2008, Huawei ranked at number 1 across all sectors in new patent applications. In total, Huawei holds over 26,000 innovation patents.

One of the key arguments made by Huawei in affirming its security credentials is the fact its technology is used in eight major national broadband networks around the world, including in the UK. In support of its security assurances to British Telecom and the British government Huawei built a security testing facility in Britain in 2010, which Lord said would serve as a model for a similar facility in Australia.

He was unable, however, to offer an estimate of how much such a testing facility would cost to build in Australia, except to say he expected Huawei and rival vendors to foot the bill, although the company hasn't yet approached any of them.

Addressing concerns about the security of products produced in China, Lord argued that the question of which country products originate from is redundant in today’s globalised market, with most products now housing components sourced from all over the world.

“When a single piece of technology contains inputs from up to two dozen countries, to call any technology “foreign” or “local” is inaccurate,’ Lord said.

For Huawei’s part, the company reports 70 percent of the components in its products are sourced outside of China, including from Australia.

Lord also sought to address concerns about Huawei’s ownership, explaining that the company was essentially a cooperative based around an employee share ownership program, which issued shares to staff after a certain period of employment.

The perception of worrying links between Huawei and the Chinese government is largely based on the fact  Ren Zhengfei, the company's founder and CEO, worked as an engineer with the People’s Liberation Army.

But Lord said Zhengfei was made redundant along with a million others 30 years ago after working, not on telecommunications networks as many have suggested, but on building bridges.

It’s an endeavour his company is still trying to perfect.