Aussie investors to pay $1.6b for Kiwi telco 2degrees 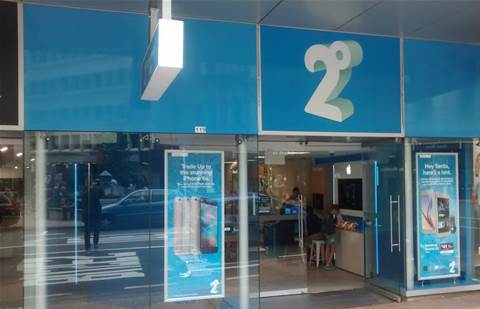 Orcon is owned by Vocus, which is owned by two Australian companies, Macquarie Asset Management and Aware Super. The deal would see 100 percent of 2degrees being purchased from current owners, Trilogy International Partners and Tesbrit B.V.

The companies official messaging is that this is a merger between 2degrees and Orcon, which aims to take advantage of their “complementary assets,” said Orcon CEO Mark Callander.

The main asset that Orcon will be gaining is 2degrees’ mobile market share, which sits at around 19 percent, half of NZ’s two telco heavyweights, Vodafone NZ and NZX-listed Spark.

“This transaction marks a step change in the New Zealand telecommunications landscape and will establish a stronger player in market, and this will lead to more competition and benefits to end users,” Callander claimed in a statement.

Orcon parent Vocus has previously acquired other ISP brands including Slingshot and Stuff Fibre, and currently accounts for 13 percent of the total fixed broadband retailer market.

The combined company have 1.5 million mobile customers (nearly all coming from 2degrees) and 345,000 fixed broadband customers across 1,800 mobile cell sites and 4,600 km of fibre, according to a statement.

“While we finalise the details it will remain business as usual for both teams. Our customers will continue to receive the high-quality products, service, and support they are used to, and our people will stay focused on meeting their needs,” said 2degrees CEO Mark Aue.

In the near-term, the brands will continue to operate independently but, “Over time, the businesses will integrate as the new company looks to offer more services to both new and existing customers,” said Aue.

There is no information on whether this major acquisition indicates any intention to consolidate Vocus’ disparate retail telco brands.

2degrees was originally started in 2001 following a 1999 Waitangi Tribunal finding that Māori deserved fair and equitable access to the 3G spectrum. The company struggled to reach profitability quickly and was eventually sold off to Trilogy and Tesbrit B.V. in the 2010s.

The acquisition is still subject to regulatory approval but is expected to complete in the first half of 2022 should it get the go-ahead from NZ’s Commerce Commission.

Grabbing the hybrid cloud opportunity with Lenovo and Azure Services
By Ben Moore
Jan 11 2022
10:35AM