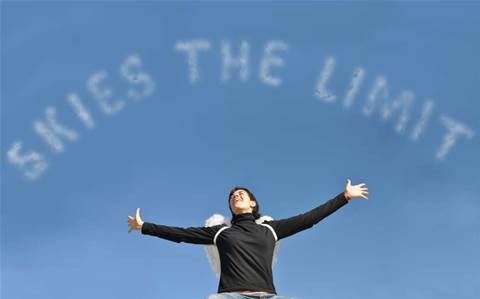 ISP AusBBS is confident it can shield its new range of unlimited-quota NBN fibre plans from bandwidth-hungry internet users such products have attracted in the past.

CEO Rob Appel told iTnews the company was aiming to attract "family users" onto the plans.

"A household with multiple devices is our target market," he said.

He believed the company's size would help it avoid the type of high bandwidth user that has previously gravitated towards unlimited quota plans.

After buying AAPT's consumer business in 2010, iiNet CEO Michael Malone famously said "all you end up with on unlimited are the leeches".

"We're a small player and we can manage risk more closely," Appel said.

"We're [also] addressing the NBN market so it's a particular demographic out there that has NBN access at the moment. That will change over time and we just need to be on the ball."

The unlimited plan comes with an acceptable use policy that Appel said is "industry standard". The policy is based on "behaviours" and there is no specific cut-in in terms of a user reaching a certain level of gigabyte usage.

Provisioning and contention ratios would be left to AusBBS' wholesale aggregators.

"You provision it unlimited in terms of usage and as far as contention goes my expectation and agreement is the aggregators will manage contention above peak demands," Appel said.

"We're at the retail end of the process and we're in a position where we can experiment and try some new things.

"Obviously we don't mind having heavy users. We just don't want users that are abusing the connection."

AusBBS also offers PAYG and capped NBN plans. The PAYG plans on paper appear limitless, but are managed in such a way as to attract a user profile between "light-average and regular".

Appel said PAYG users that reached 300GB a month would likely be encouraged to move to a capped plan.

"Once you get to those levels you're better to be on a cap anyway," he said.

PAYG is also subject to a "fair use" clause. This differed from the "acceptable use" policy for the unlimited plans in that "it's pretty much our discretion what we call fair use, whereas acceptable use is more an industry standard", Appel said.